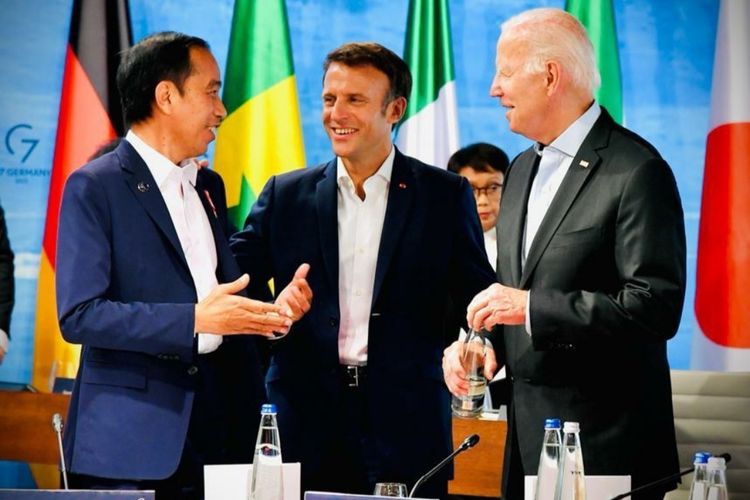 JAKARTA, KOMPAS.com - President Joko “Jokowi” Widodo has invited G7 member countries to invest in clean energy sector in Indonesia on account of the potential that exists in the form of Indonesian natural resources.

During the opportunity to speak at the first session of the G7 Summit in Elmau, Germany, on June 27, the president noted that Indonesia and several other developing countries faced real risks due to climate change.

Retno said President Jokowi highlighted that Indonesia had the potential to become a major clean energy contributor from the sea and land.

However, to fulfill this potential, Indonesia requires large amounts of investment coupled with technology transfer, the minister said.

“The president also said that Indonesia needed big investments and low-carbon technology to support a transition to fast and effective clean energy,” the minister remarked.

Jokowi stated that Indonesia required $25-30 billion of investment to accelerate energy transition efforts over the next eight years.

It is also believed that the energy transition process could be optimized as a driving force for economic growth, opening up business opportunities and creating new jobs.

“President Jokowi invited G7 countries to contribute in taking advantage of this opportunity, especially investment in the clean energy sector in Indonesia, including the development of an electric car and lithium battery ecosystem,” Retno added.