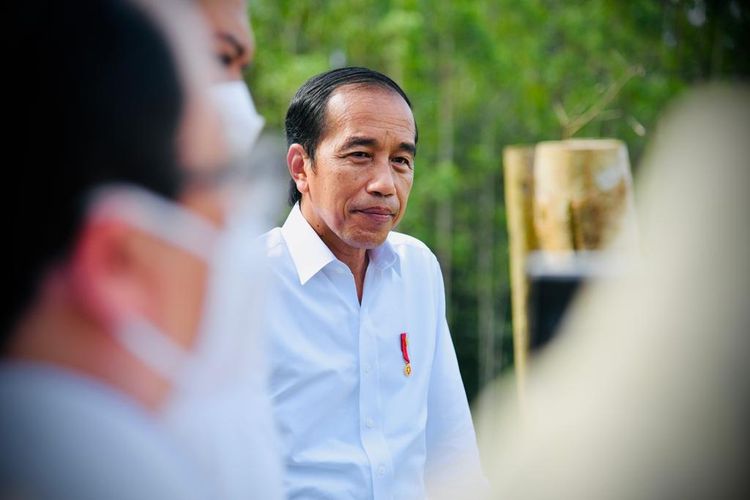 Lihat Foto
Indonesia's President Joko Widodo during his visit to the site of a new Indonesian capital in East Kalimantan on Wednesday, June 22, 2022. (Dokumentasi/Sekretariat Presiden)

Foreign Minister Retno Marsudi said on Wednesday, June 22, that the visit to both countries would be part of a trip that Jokowi would undertake in a very complex situation, State News Antara quoted Retno during a press briefing.

The president will visit Ukraine and Russia after attending the G7 Summit in Germany as a partner country.

“Despite the difficult situation and complex problem, as G20 president and a member of the champion group of the Global Crisis Response Group formed by the UN Secretary-General, President Jokowi has opted to make contributions rather than remain silent,” she added.

Jokowi will be the first Asian leader to visit the two countries since Russia launched what is being described as a special operation in Ukraine, she said.

The visit reflects the President’s concern over humanitarian issues as well as efforts to contribute to addressing the impact of the Russia-Ukraine war on various countries, she said.

“(We will) try to contribute to handling the food crisis due to the war that has affected all countries, particularly developing countries and low-income countries,” she added.

The visit is also part of efforts to encourage the spirit of peace, she said.
After Ukraine and Russia, he is scheduled to fly to Abu Dhabi, the United Arab Emirates, to discuss economic cooperation.

“The plan is the right…