What to Expect From Bidens Trip to Asia 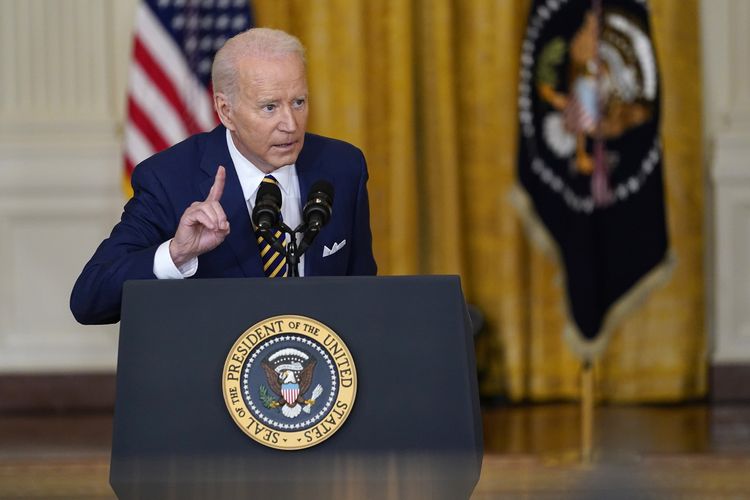 KOMPAS.com — US President Joe Biden travels Thursday to South Korea and Japan — his first trip to Asia since taking office — following his summit with Southeast Asian leaders at the White House last week.

In Tokyo, Biden will participate in the Quad partnership summit with Japanese Prime Minister Fumio Kishida, Indian Prime Minister Narendra Modi, and either Prime Minister Scott Morrison or his contender Anthony Albanese — depending on who wins Saturday's Australian election. It will be the Quad's fourth meeting and second in-person session since the alliance was revived in 2017 to counter China in the Indo-Pacific.

The Biden administration's spotlight on the Indo-Pacific is a clear signal that the region remains its priority and China its greatest strategic challenge, even as it responds to Russia's invasion of Ukraine. Biden national security adviser Jake Sullivan characterized the concurrent trans-Atlantic and trans-Pacific coalition-building as an "integration" and "symbiosis" in strategy.

Also read: US Hails New Era with ASEAN as Summit Commits to Raise Level of Ties

"President Biden's unique capacity to actually stitch those two together is, I think, going to be a hallmark of his foreign policy," Sullivan told reporters Thursday.

Some key issues to watch:

The trip will convey an "affirmative vision of what the world can look like if democracies and open societies of the world stand together to shape the rules of the road, to define the security architecture of the region, to reinforce strong, powerful, historic alliances," Sullivan said. "We think it will be heard in Beijing."

Observers say Biden will reaffirm the US commitment to a free and open Indo-Pacific and use the Ukraine crisis to signal that unilaterally changing the status quo by force is as unacceptable in Asia as it is in Europe.

"The administration wants to make…