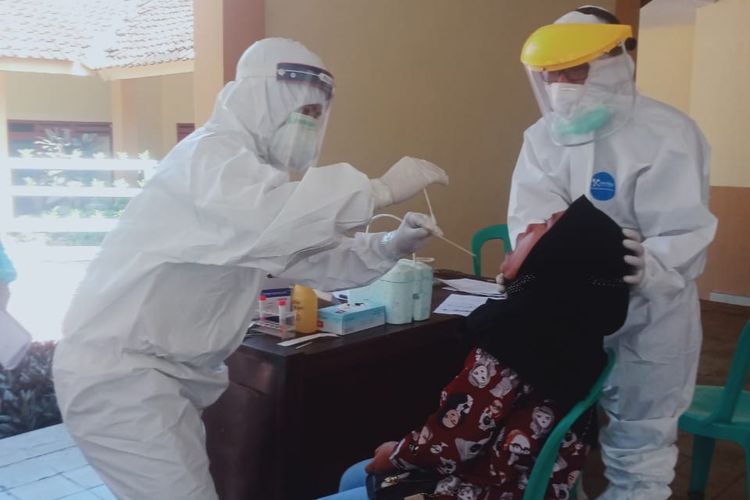 KOMPAS.com - The World Health Organization (WHO) expressed concern Wednesday, March 9, that many countries are drastically reducing Covid-19 testing, inhibiting the ability of public health professionals to monitor where the coronavirus is, how it’s spreading and how it’s evolving.

During a briefing at agency headquarters in Geneva, WHO Director-General Tedros Adhanom Ghebreyesus said that while cases and deaths were declining globally and many countries had lifted restrictions, the pandemic was far from over, “and it will not be over anywhere until it’s over everywhere.”

Tedros said the WHO on Wednesday published new guidelines on self-testing for Covid-19 and recommended that self-tests be offered in addition to professionally administered testing services. He said evidence showed that users can reliably and accurately self-test, and that self-testing may reduce inequalities in testing access.

The WHO chief said he hoped the new guidance would also help increase access to testing, which is too expensive for many low-income countries, where those tools could play an important role in expanding testing.

Tedros also said the agency and its partners in the ACT Accelerator grouping — part of the WHO’s COVAX initiative, which has focused on equitable access to vaccines globally — were seeking to raise funds “to ensure that all countries that need self-tests will be able to receive them as quickly as possible.”

Regarding the situation in Ukraine, Tedros said the WHO had so far delivered 81 tons of supplies to the country and was establishing a pipeline of supplies for health facilities throughout Ukraine.

He said Tuesday, March 8 that the agency had delivered five tons of medical supplies to Kyiv to support surgical care for 150 trauma patients, and other supplies to manage a range of health conditions for 45,000 people for a month.

Tedros said the WHO “continues to call on the Russian Federation to commit to a peaceful resolution to this crisis, and to allow safe, unimpeded access to humanitarian assistance for those in need.”