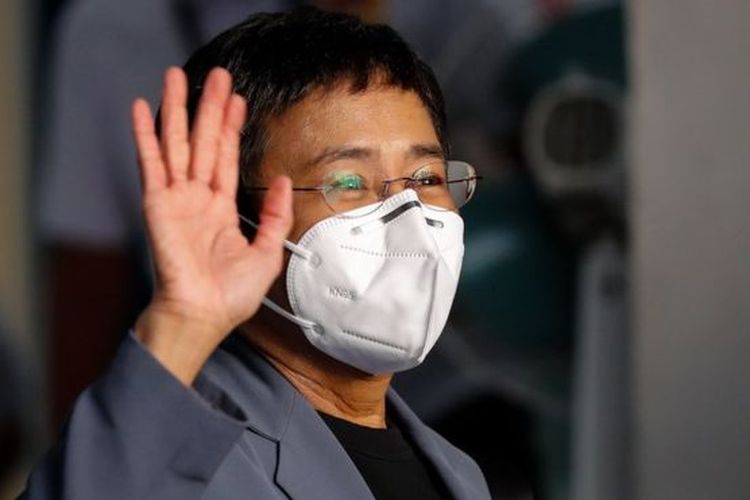 Lihat Foto
Philippine Nobel Prize winning journalist Maria Ressa ruled out on Monday, November 22, going into exile over legal challenges she faces, and her lawyers urged the government of President Rodrigo Duterte to drop all charges against her.(EPA via BBC INDONESIA)

Asked about Ressa’s situation, the…

Indonesian Militant with Links to Bali...
Comments
There are no comments
Comment wisely and responsibly. Comments are entirely the responsibility of the commentator as regulated in the ITE Law
Thank You! We have received your report. We will remove comments that conflict with the Community Guidelines and the ITE Law.