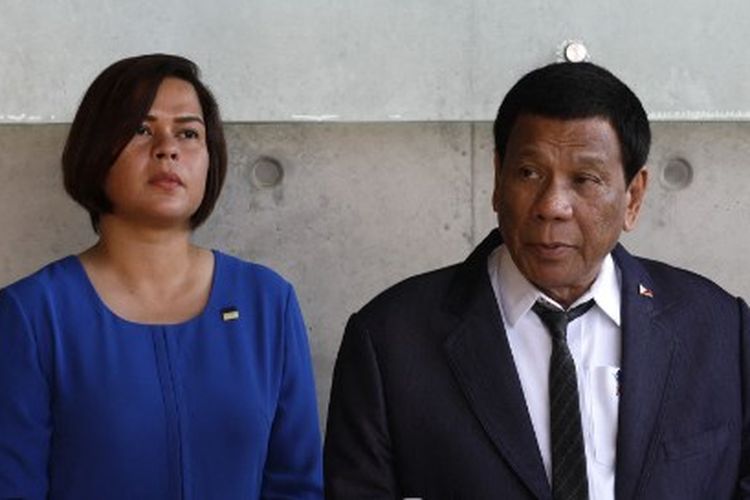 Lihat Foto
The President of the Philippines Rodrigo Duterte looks on as he signs the guest book next to his daughter (L) on September 3, 2018 during his visit to the Yad Vashem Holocaust Memorial museum in Jerusalem commemorating the six million Jews killed by the German Nazis and their collaborators during World War II. (Photo by GALI TIBBON / AFP)(AFP PHOTO/GALI TIBBON)

KOMPAS.com - Philippine President Rodrigo Duterte is running for Senate in next year’s elections, avoiding a race for vice-president that would have pitted him against his daughter.

Bong Go, a Philippine senator and a close aide of the president, told reporters Duterte formally filed his campaign papers with the election commission Monday.

Mayor Duterte-Carpio had been widely expected to run to succeed her father as president, and has been leading in several voter opinion surveys.

Duterte is constitutionally barred from seeking a second term as president. The International

Criminal Court has launched an investigation into a brutal anti-drug campaign launched by Duterte shortly after he took office in 2016 that has left more than 8,600 people dead, according to a report released earlier this year by the United Nations human rights office.

The president and vice president are elected separately in the Philippines. Among the contenders to run in the 2022 elections are Senator Bong Go, who is backed by Duterte, and Ferdinand Marcos, Junior, the son of the late autocratic president.