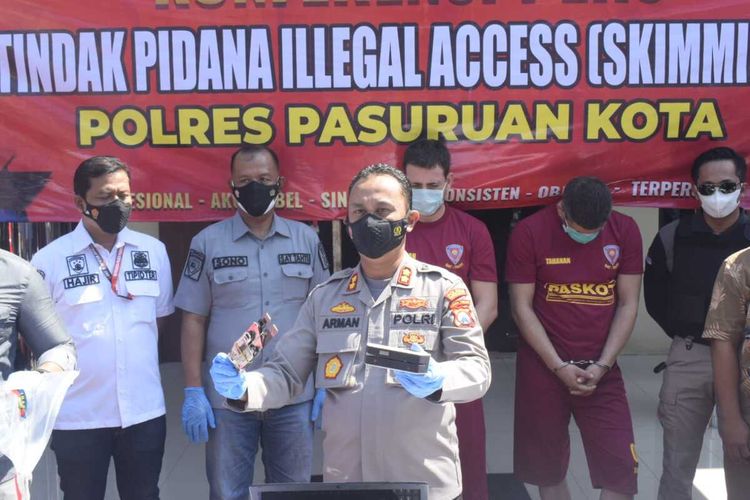 KOMPAS.COM/MUCHLISTwo Bulgarians identified by initials VBD, 38, and PPB, 41, were arrested on Saturday, October 2, 2021, in the Indonesian city of Pasuruan in East Java province after allegedly stealing money by using card skimmer devices from an ATM.

Once the data was collected,…