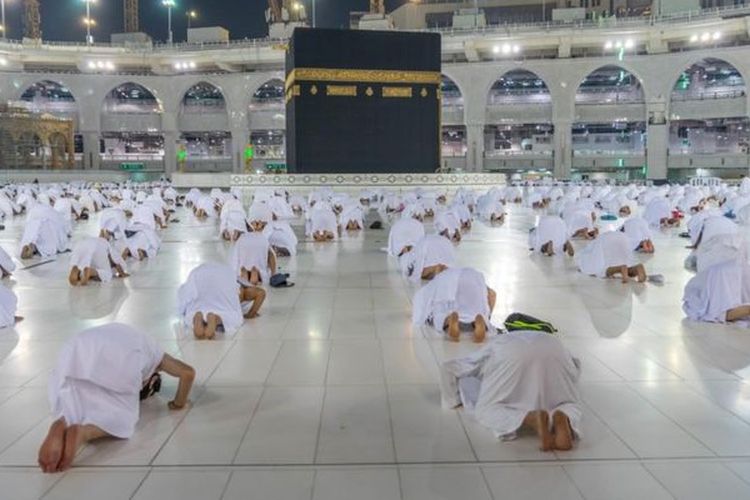 KOMPAS.com – Indonesian Muslims will soon be allowed to perform “umrah” (minor pilgrimage) following the recent decision made by the authorities in Saudi Arabia to reopen the two of most holy religious sites in Islam.

Relevant officials of both countries have reached the final stage regarding the discussions on procedures and health requirements.

“The [Indonesian] Embassy has received information from the relevant parties in the Kingdom of Saudi Arabia regarding precautionary measures for the umrah pilgrims from Indonesia,” said Indonesia’s Foreign Minister Retno Marsudi on Saturday, October 9.

In response to this matter, the chairman of the central executive board of the Association of Indonesia Haj and Umrah Organizations (Amphuri) Firman M Nur said that his party would re-evaluate the preparation of the mitigation plan for the umrah and haj pilgrimage during the Covid-19 pandemic.

“The existing mitigation plans need to be re-evaluated and in line with the procedures set by Saudi Arabia,” said Firman told Kompas.com on Sunday, October 10.

Firman said that the focus now is to send umrah pilgrims who had postponed their trips in February last year.

The pilgrims are also required to follow the regulations during the pandemic, including the vaccination and maintaining their health. “The pilgrims whose departures have been postponed since February 2020 will be prioritized for the umrah pilgrimage,” he explained.

Firman said his party is…