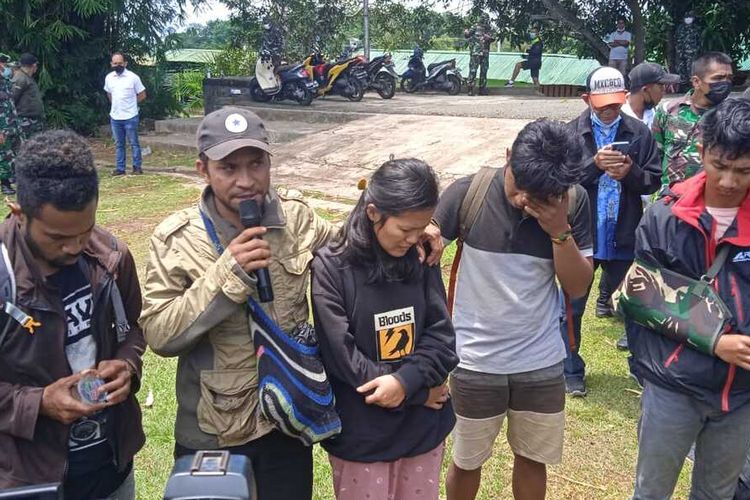 “The barrack was burned and we ran out, trying to find another place to hide. The doctor was pushed to the edge of a slope and got kicked,” he said. Jump into the slope

Having been trapped in dangerous situations, they decided to jump into the slope. “I was the first to jump followed by the three nurses. I was stuck in the roots of a tree while some were caught in the bushes,” he said.

“We thought that it was safe to reach the bottom of the slope. But, it turned out they were seeking us. They found the three nurses, but they overlooked me as I was hiding behind the roots,” said Ola.

The armed criminal group members tortured the three nurses whom they found in the middle of the slope. “When they found the three nurses, they immediately stripped the cloths off, tortured, beat the face, and even stabbed them, leaving the nurses helpless and fainted.”

The KKB members threw them into the slope. Nurse A and nurse K survived, but nurse G died.

It was previously reported that a gun battle between the Indonesian military and the KKB in Kiwirok district on Monday, September, 13.

After a four-hour firefight, military personnel was shot in his hand and some public facilities were burned.

“On Monday from 9:00 am to 1:15 pm local time, the gun battle between the border security post personnel at Kiriwok and the KKB members led by Lamek Taplo occurred. The KKB members also burned the public facilities and houses,” said the chief of the 1715 Yahukimo District Military Command Christian Irreuw via a short message service on Monday, September 13.

The insurgents burned the Kiriwok Health Center, Papua Bank, Kiriwok District Office, an elementary school, and a traditional market. The incident killed a health care worker, wounded four others, and one person has gone missing.