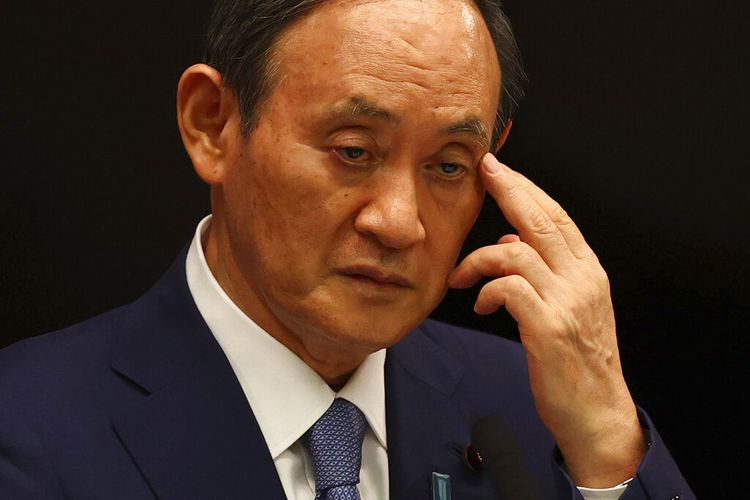 KOMPAS.com – Japanese Prime Minister Yoshihide Suga told reporters on Friday that he has decided not to run in this month’s leadership race for the ruling Liberal Democratic Party (LDP), leaving the position of prime minister open to whoever wins.

Suga took the top job almost a year ago, succeeding Shinzo Abe who stepped down for health reasons. Presiding over the worsening Covid-19 situation and unpopular Olympic Games, Suga has seen his support drop below 30 percent.

The announcement that the prime minister will not contest the party’s leadership race on September 29 means he will not lead the party into the next general election, which the government had considered calling for October 17.

The 72-year-old Suga said that instead of campaigning, he would focus on fighting the current wave of Covid-19 infections.

“Running in the race and handling coronavirus countermeasures would have required an enormous amount of energy,” he told reporters.

LDP looks for a new leader

The LDP holds a majority of seats in the lower house, meaning whoever follows Suga is all but set to become Japan’s next prime minister.

Several party members are already believed to be running for the post. Fumio Kishida, a former foreign minister, criticized Suga’s handling of the coronavirus pandemic on Thursday.

“Kishida is the top runner…

Hun Sen’s Party Wins Cambodia’s Local...
Comments
There are no comments
Comment wisely and responsibly. Comments are entirely the responsibility of the commentator as regulated in the ITE Law
Thank You! We have received your report. We will remove comments that conflict with the Community Guidelines and the ITE Law.