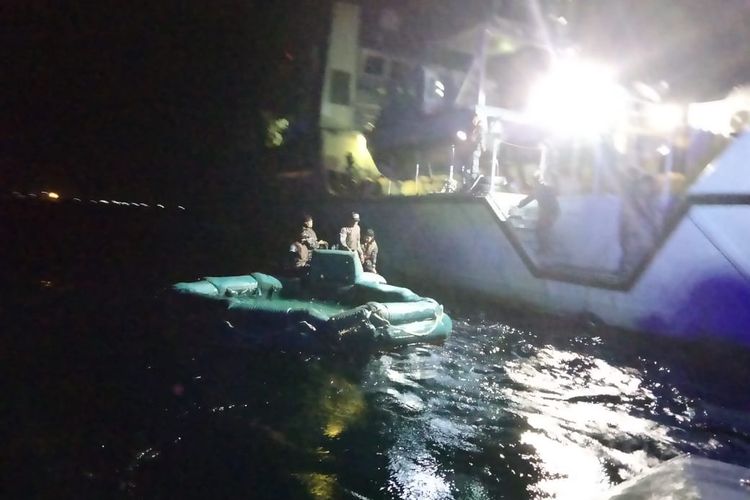 KOMPAS.com - A ferry ship carrying 41 passengers and 12 crew members sank in the waters of the Bali Strait on Tuesday night.

Head of the Tanjungwangi Port Authority Office Benyamin Ginting said the KMP Yunicee was allegedly hit by high waves and dragged by currents until it sank.

"The waves reached three to five meters high. The ship was dragged by the current to the south. That's probably the reason," said Benjamin on Tuesday, June 30.

The KMP Yunicee departed from Ketapang Port in East Java for Gilimanuk Harbor on the Indonesian resort island of Bali. The accident occurred as the ferry was about to dock at Gilimanuk Harbor.

According to Benjamin, the National Transportation Safety Committee (KNKT) will conduct further investigations. Meanwhile, based on the manifest 33 people survived, six people died, and 14 others are still missing. 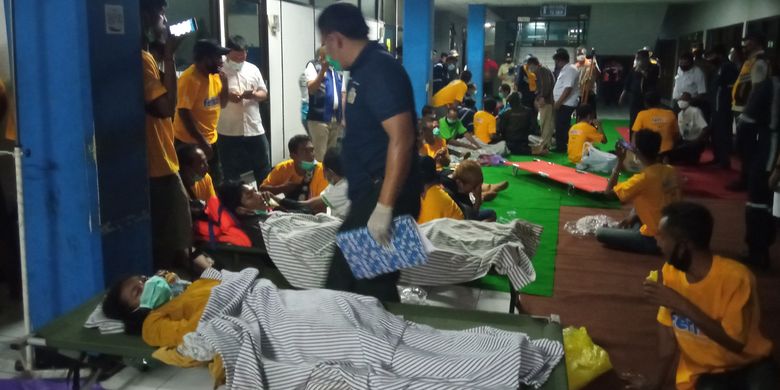 Kompas.com/ Imam Rosidin Survivors have been evacuated after Yunice Boat sinks in the waters of the Bali Strait on late Tuesday, June 29, 2021. They are receiving treatment at the Ketapang Harbor in Banyuwangi, East Java.

A joint search and rescue (SAR) team is still scouring waters for missing victims. "All the survivors were wearing life jackets, it was likely the reason many survived," he said.

Sukro Winoto (44), one of the survivors of the sinking KMP Yunicee, said that when he knew that the ship was about to sink, he immediately put on a life jacket and jumped into the sea. Sukro said that he had drifted, screaming for help when another ship passing by.

"I waited for about half an hour before I saw another ship passing by. I then screamed for help,"said Sukro.

Tug boats and two inflatable boats have been scouring waters to search for the missing people since Tuesday night, battling waves up to four meters high.

Bali Covid Cases Decline, Local Administration...
Comments
There are no comments
Comment wisely and responsibly. Comments are entirely the responsibility of the commentator as regulated in the ITE Law
Thank You! We have received your report. We will remove comments that conflict with the Community Guidelines and the ITE Law.

Clinical Trials on Ivermectin for Treatment of Covid-19 Infection Approved