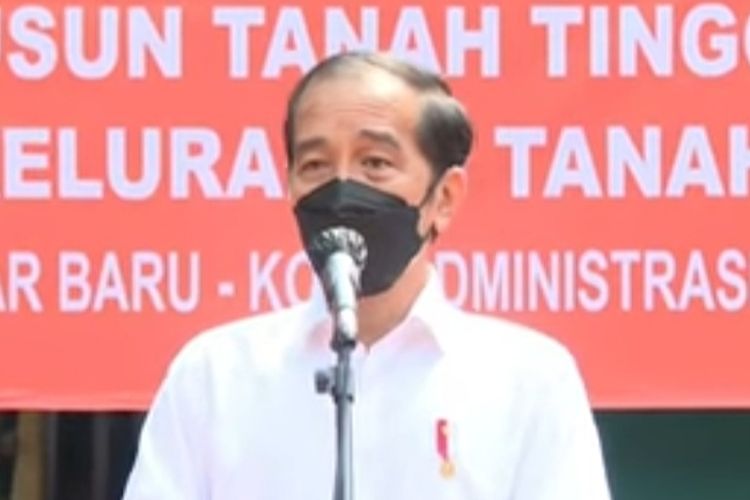 KOMPAS.com – Indonesia’s Health Minister Budi Gunadi Sadikin has confirmed that the B.1.617 Covid-19 variant – which was first detected in India – was found in Kudus city, Central Java, where sharp spikes were recorded.

Public satisfaction rate toward President Joko “Jokowi” Widodo’s performance has dropped to 75.6 percent, a survey released on Sunday, June 13.
Below are excerpts from the news in Indonesia, curated by Kompas.com editors:

Indonesia’s Health Minister Budi Gunadi Sadikin has confirmed that the B.1.617 Covid-19 variant – which was first detected in India – was found in Kudus city, Central Java, where sharp spikes were recorded.

“We have done a research and the results confirmed two days ago that the new Covid-19 variant from India was found in Kudus area,” Budi told a seminar attended by members of the Indonesian Doctors Association (IDI) in Central Java, Sunday, June 13.

He said that the B.1.617 Covid-19 was detected in Indonesia following the large number of migrant workers returning to the country through seaports.

Unlike airports which apply strict rules, supervision at seaports tends to be more difficult due to the large number of ships carrying goods, including the goods from India. “The new Covid-19 variant was brought from there [India],” Budi said.

Besides, he added, the new variant also transmits faster and it is also affected by the euphoria of the people after receiving the Covid-19 jabs.

In Kudus city, this condition is exacerbated by the large number of health workers who have contracted the Covid-19. The number reached more than 400 people. Now, the spike in Covid-19 cases is not only happening in Kudus, but also in the surrounding cities in Central Java and even various places outside Central Java.

WHO Monitors New Covid-19 Mu Variant
Comments
There are no comments
Comment wisely and responsibly. Comments are entirely the responsibility of the commentator as regulated in the ITE Law
Thank You! We have received your report. We will remove comments that conflict with the Community Guidelines and the ITE Law.