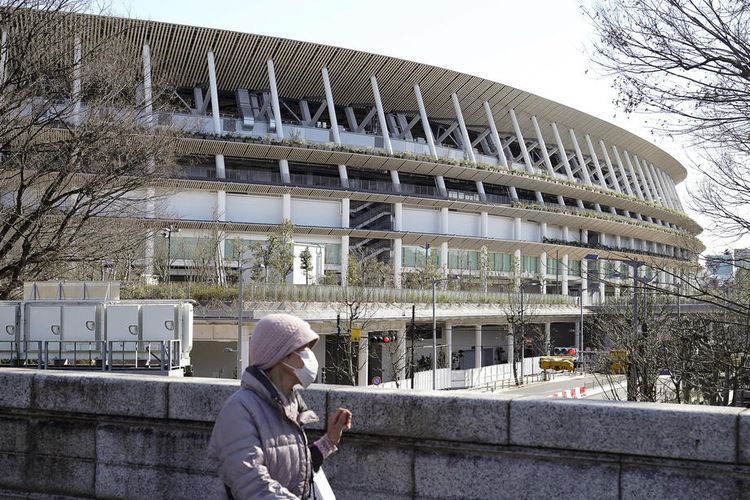 Lihat Foto
An image of the Japan National Stadium in Tokyo. (KIMIMASA MAYAMA)

KOMPAS.com - A top virologist warned Japan that it risks internationally spreading the coronavirus at the Olympics Games, despite its assurances.

As it prepares to open the Games on July 23, virologist Hitoshi Oshitani, a professor at Tohoku University and a top government health advisor, told the Times newspaper of London: "The government and the organizing committee, including the IOC [International Olympic Committee], keep saying they're holding a safe Olympics. But everybody knows there is a risk.

It is 100 percent impossible to have an Olympics with zero risks of the spread of infection in Japan and also in other countries after the Olympics."

Oshitani said, "There are a number of countries that do not have many cases and a number that don't have any variants. We should not make the Olympics [an occasion] to spread the virus to these countries."

Japan is taking a number of steps to make sure the games can go on — albeit with a now one-year delay and despite broad public opposition to staging them.

Firstly, the games have been drastically scaled back, with no foreign spectators allowed. It also remains unclear whether Japanese visitors will be allowed to attend events.

On Tuesday, Tokyo 2020 President Seiko Hashimoto announced that Japan's 70,000 Olympics-related staff could expect to start getting vaccinated in mid-June. Last week, some 10,000 volunteers quit the games, most over coronavirus safety concerns.

To date, Japan has recorded over 760,000 coronavirus infections and more than 13,600 deaths. Meanwhile, Tokyo and other regions remain under a state of emergency as a fourth wave strains hospitals. Last week, top government medical adviser Shigeru Omi said medical experts planned to deliver a statement by June 20, when the state of emergency is set to be lifted.

Media arriving from abroad to cover the event — some 6,000 foreign journalists are expected — will also be closely monitored to ensure they don't leave pre-registered areas such as hotels and sports venues, according to organizers.

Tokyo Organizing Committee CEO Toshiro Muto said smartphone tracking technology would be used to make sure journalists only go where they are supposed to. "Given the current state of the pandemic, I think this is a tolerable restriction on activities," said Muto. Journalists breaking rules could have their passes revoked, he said.

Reporters will also be urged to stay in designated hotels rather than private lodgings, and the number of hotels will be reduced from 350 to around 150 as organizers seek to keep visitors under close supervision.

Japan Calls for Indonesia to Revoke...
Comments
There are no comments
Comment wisely and responsibly. Comments are entirely the responsibility of the commentator as regulated in the ITE Law
Thank You! We have received your report. We will remove comments that conflict with the Community Guidelines and the ITE Law.