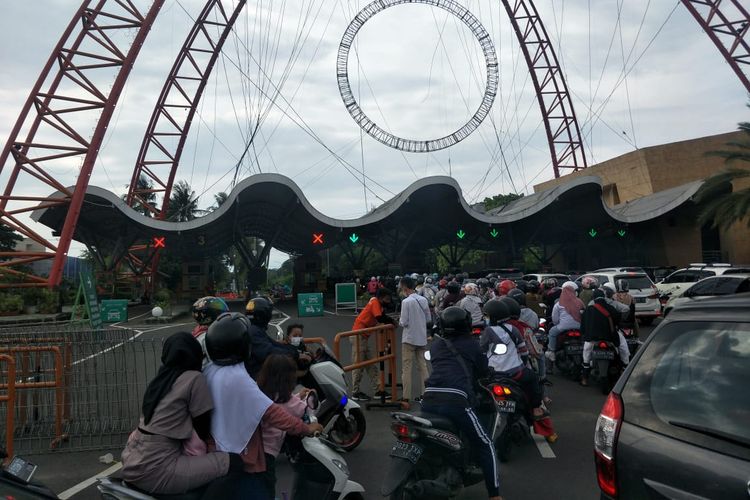 Holiday travel in Jakarta is also in the spotlight, after concerns of a Covid-19 outbreak comparable to that in India from Idul Fitri holiday goers caused the prompt closure of the Ancol Amusement Park, Beautiful Indonesia Miniature Park [TMII], and Ragunan Zoo.

KOMPAS.com/Ist Central Java Regional Police head Inspector General Ahmad Luthfi and his officers confer on the shores of the Kedung Ombo Reservoir after a tourist boat capsized in the waterway on Saturday, (15/5/2021)

A tourist boat in the Kedung Ombo Reservoir in Boyolali regency, Central Java has capsized during an outing on Saturday, May 15, leaving at least six people dead and three others missing.

"The vessel was heading to a floating restaurant in the center of the reservoir. We suspected that the boat capsized after some passengers attempted to take a selfie on the ship's bow."

"[Kedung Ombo reservoir] also violated the limits on visitor numbers." Joint SAR teams from Basarnas, the military and police, as well as other elements are continuing their search for three people who remain missing in the wake of the disaster.