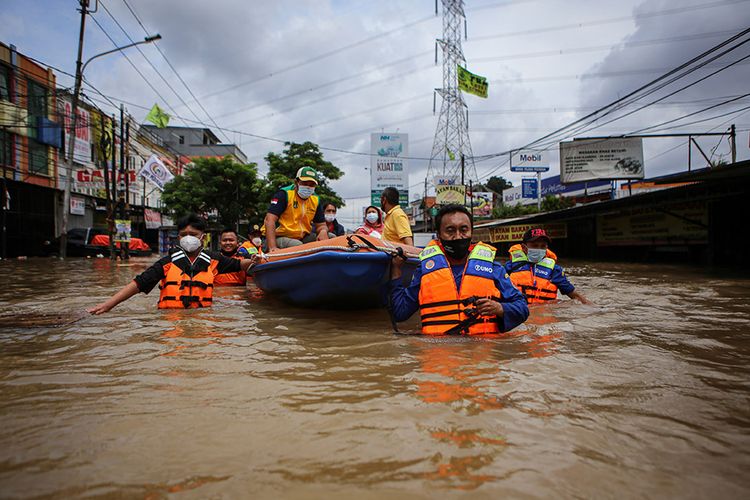 The rains also overwhelmed Jakarta’s drainage system, causing several major streets and toll roads to be submerged in water up to 70 centimeters deep, rendering them inaccessible. The floods also affected areas that are not considered flood-prone.

The Meteorology, Climatology and Geophysics Agency (BMKG) said the extreme weather conditions in the Greater Jakarta areas were caused by several factors, such as the presence of air burst from Asia, atmospheric disturbances in the equator zone, and the emergence of low-pressure centers in northern Australia. KOMPAS.com/Ihsanuddin A number of off road cars belonging to the National Search and Rescue Agency (Basarnas) were deployed to pull cars that were trapped in a flood on Kemang Raya Street, Jakarta, on Saturday, February 20. 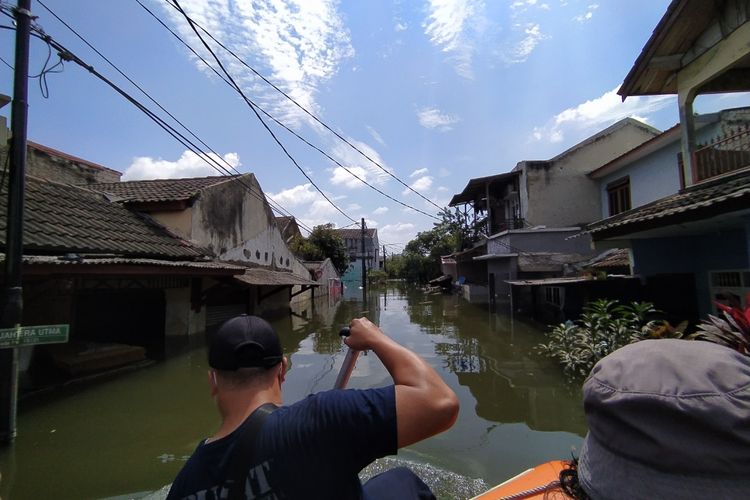 KOMPAS.com/MUHAMMAD NAUFAL Floods are still inundating the Periuk Sub-District, Periuk District, Tangerang City, Banten until Monday, February 22, since Saturday, February 20. The floods in the area were due to overflowing Ciracap River and heavy rain on last Saturday. 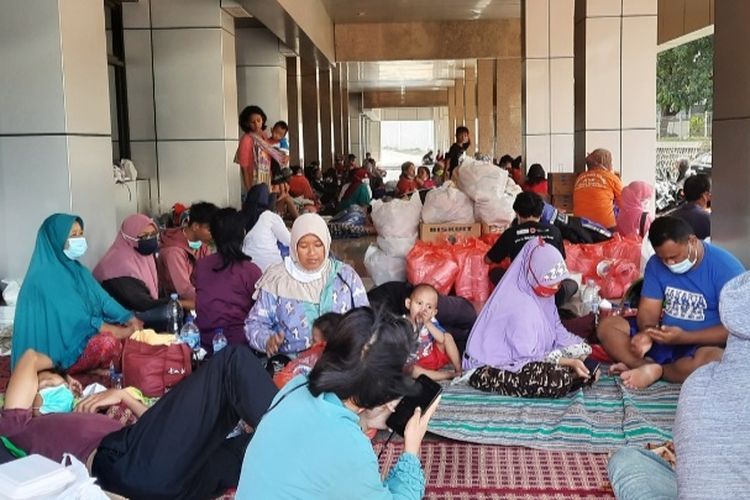 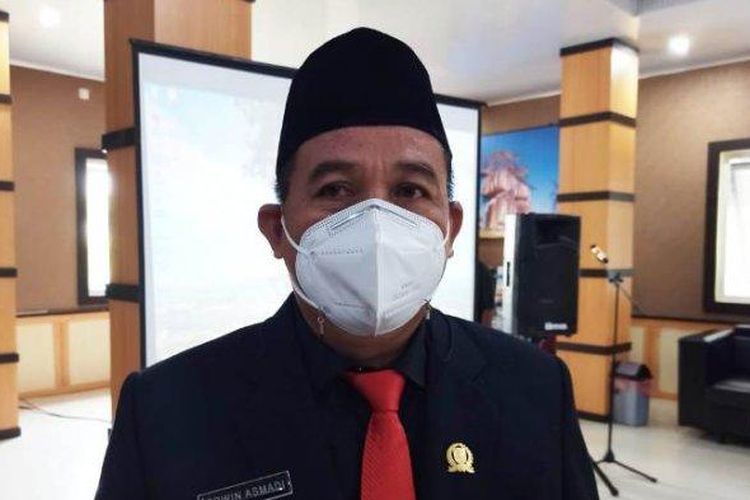