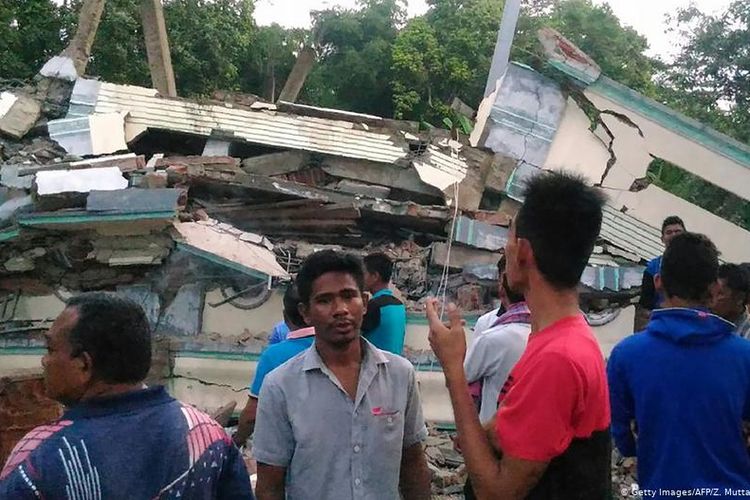 Lihat Foto
The aftermath of the 2004 earthquake and tsunami that hit Aceh, Indonesia and other countries around the Indian Ocean(Z. Muttakien) 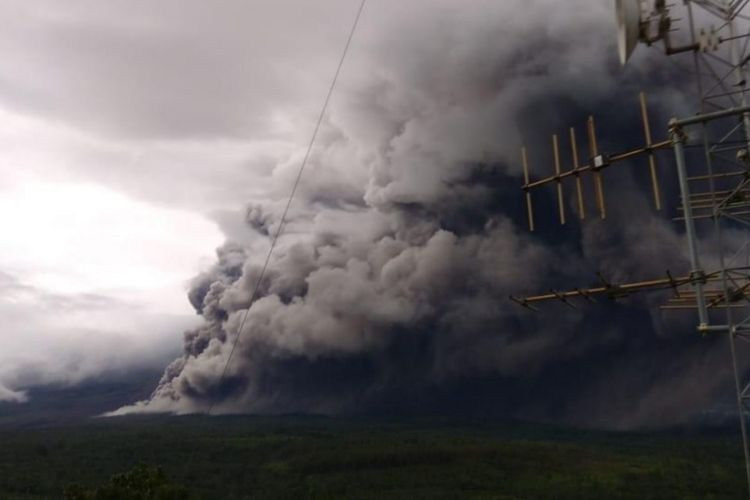 KOMPAS.com - How big is the Pacific Ring of Fire?

The Ring of Fire dominates the Pacific Ocean. It's a string of at least 450 active and dormant volcanoes that form a semi-circle, or horse shoe, around the Philippine Sea plate, the Pacific Plate, Juan de Fuca and Cocos plates, and the Nazca Plate.

There is a lot of seismic activity in the area.

About 90 percent of all earthquakes strike within the Ring of Fire.

This means people's lives are under almost constant threat in Indonesia, the Philippines, Malaysia, Japan, Australia and New Zealand, Papua New Guinea, and other island nations like the Solomon Islands, Fiji, and many more in Melanesia, Micronesia and Polynesia, all the way east to the western seaboard of the North and South Americas.

KOMPAS.COM/Dok. PVMBG Hot clouds come out of the crater of Mount Semeru, East Java on Saturday (16/1/2021)

Although levels of threat differ depending on local factors like your proximity to the quake's epicenter, whether it's out to sea or on land - and standards of housing.

Why so many volcanoes in the Ring of Fire?

The tectonic plates move non-stop over a layer of partly solid and partly molten rock. This is called the Earth's mantle.

When the plates collide or move apart, for instance, the Earth moves, literally. Mountains, like the Andes in South America and the Rockies in North America, as well as volcanoes have formed through the collision of tectonic plates.

Subduction happens when tectonic plates shift, and one plate is shoved under another. This movement of the ocean floor produces a "mineral transmutation," which leads to the melting and solidification of magma - that is, the formation of volcanoes.

Basically, when a "downgoing" oceanic plate is shoved into a hotter mantle plate, it heats up, volatile elements mix, and this produces the magma. The magma then rises up through the overlying plate and spurts out at the surface.

If, however, the overlying plate is ocean, it can produce a chain of volcanic islands like the Marianas. This is also where we see the Earth's deepest trenches and deepest Earthquakes.

When and where were the worst earthquakes in the Ring of Fire?

The worst earthquake in the Ring of Fire - and, with it, the world - struck Chile on May 22, 1960. It was a 9.5-magnitude quake. That's according to the US Geological Survey's list of the "Largest Earthquakes in the World Since 1900."

It's closely followed by the Great Alaska Earthquake of 1964 (magnitude 9.2), the Northern Sumatra earthquake - also known as the Indian Ocean Tsunami - on December 26, 2004 (magnitude 9.1), and one off the East Coast of Honshu, Japan, on March 11, 2011 (magnitude 9.0), which led to a tsunami and ultimately the nuclear disaster at Fukushima.

Most of the earthquakes on the list are strictly within the Ring of Fire, and they range from magnitude 9.5 to 8.5.

Given all this activity, can't we predict earthquakes in the Ring of Fire?

No. Most experts will tell you it's (so far) been impossible to predict earthquakes. Even if two happen within the ring in close succession, it is hard to say the one had anything to do with the other. One earthquake will not necessarily cause another.

Some seismologists are cautiously open to the idea that whatever we do as humans - whether it's testing nuclear explosives or deep-sea drilling - all has a potential impact. But there's little or no hard, scientific proof.

As for the Ring of Fire specifically, the region is under constant tension. When a quake strikes, that tension is temporarily relieved, but it soon starts to build again.

So all that is left for the people who live around the Ring of Fire is to be aware of the danger, perhaps to live further inland, build safer, earthquake resistant housing, and for nations everywhere to improve oceanic and land-based early-warning systems to help minimise the risk to life.