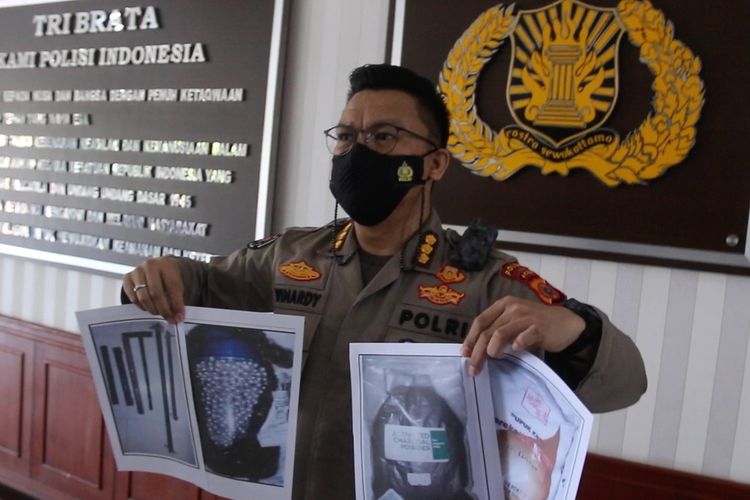 KOMPAS.com- The Indonesian National Police’s Detachment 88 [Densus 88] counterterrorist police has disclosed more details of the five terror suspects whom they nabbed in a series of arrests in Aceh last week.

Aceh Regional Police spokesman Police Chief Commissioner Winardy asserted that the men, whom they arrested in the provincial capital Banda Aceh, the Aceh Besar regency, and the town of Langsa, came from all walks of life.

“The militants we arrested on January 20 at the Aceh Besar Regency, 41-year old RA and 30-year old SA, were handymen,” Winardy said on Wednesday, January 27, as quoted by the Antara state news agency.

“Their other suspects like SJ, whom we nabbed in Langsa, was a civil servant in Aceh Timur [East Aceh] regency, while MY, whom we also arrested in the town, was a fisherman. UM or AZ, whom we netted at Banda Aceh’s Ulee Kareng district, was a fruit wholesaler at a traditional market.”

Winardy added that Detachment 88 seized evidence of their militant activities.

“We seized detonators and bombs, as well as documents such as a notebook filled with potential military, police as well as government targets at the provincial level in Aceh as well as the central government,” he noted.

“We also confiscated their passports, which they intended to use to join ISIS in places like Khurasan and Afghanistan.”

Winardy asserted that UM, who was known as a fruit vendor, was making bombs for use in a wave of attacks throughout Aceh. He added that the 35-year old was previously known to be a member of a militant group that plotted suicide bombings at the Medan Police Precinct in 2019.

“District officials and his neighbors…