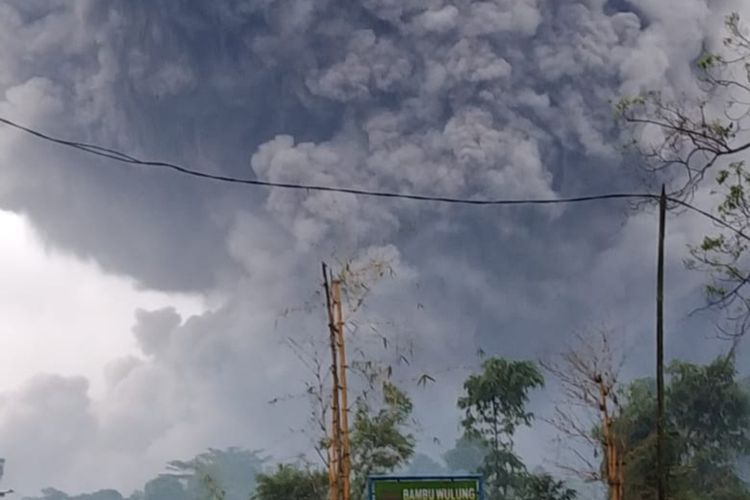 Lihat Foto
The hot cloud of avalanches that slid about 4.5 kilometers from the crater of Mount Semeru, East Java, Saturday (16/1/2021) due to the mountains seismic and volcanic activity starting to increase above normal levels.(KOMPAS.COM/ANDI HARTIK) 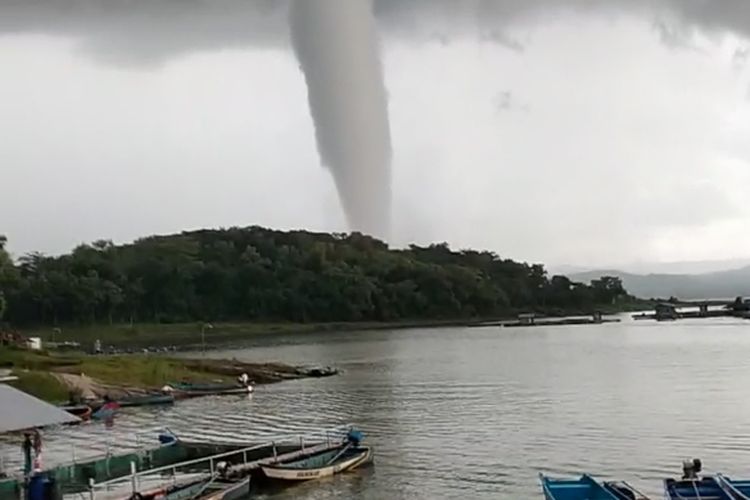 JAKARTA, KOMPAS.com - Already burdened by the Covid-19 pandemic and a deadly plane crash, Indonesia has to cope with volcanic eruptions, earthquakes, and floods in the beginning of the year.

The widespread flood in South Kalimantan affected nearly 875,000 people. Meanwhile, West Sulawesi recorded the highest number of fatalities from the earthquakes and East Java became the province with the most numbers of disasters by far.

Those collectively forced hundreds of thousands of people to flee their homes and more than 2,000 were injured. Nearly 200 people had died and nine others had been reported missing.

ANTARA FOTO/ABRIAWAN ABHE Motorists pass around a house damaged by an earthquake in Mamuju Regency, West Sulawesi, Sunday (17/1/2021). The earthquake with a magnitude of 6.2 that occurred on Friday (15/1/2021) in the early hours of the morning resulted in 56 people dying and dozens of residents still displaced.

ANTARA FOTO/BAYU PRATAMA S Aerial photo of the condition of a village on the slopes of the Meratus mountains where landslides appear in Hulu Sungai Tengah Regency, South Kalimantan, Sunday (24/1/2021). Based on the latest data from the Regional Disaster Mitigation Agency (BPBD) of South Kalimantan Province on Sunday (24/1/2021), natural floods in 11 districts in South Kalimantan displaced 113,420 residents and affected 628 schools, 609 worship places, 75 bridges, 99,258 houses and 46,235 hectares of rice fields.

KOMPAS.COM/ A waterspout occurred near the Gajah Mungkur dam in Wonogiri regency in Indonesias Central Java on Wednesday, January 20 causing scenes of destruction on residents property.