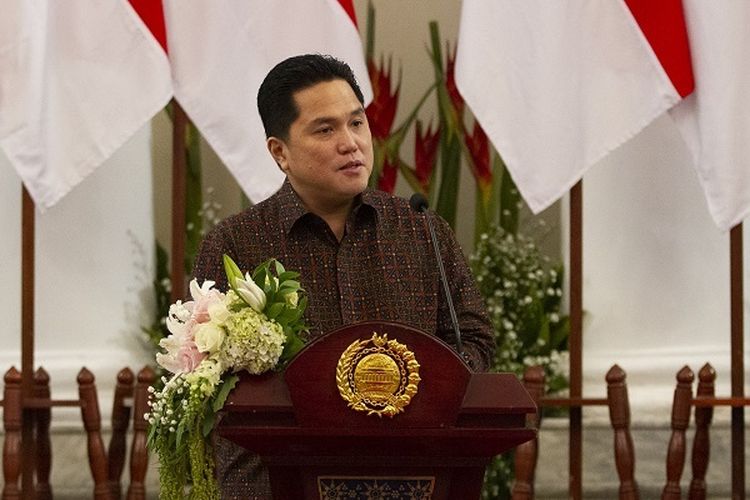 KOMPAS.com – It’s been already a difficult time for Indonesia as the country remains struggling to contain the spread of the coronavirus. Then floods hit North Kalimantan.

Over 2,700 people are affected by inundated waters for weeks. The floods that have occurred since the beginning of the year were caused by the change in the transition cycle.

Meanwhile, the country’s State-Owned Enterprises Minister Erick Thohir wants to see the ministry to transform significantly by having more women leaders to lead the state firms in the country.

Floods inundated eight villages in Sembakung, Nunukan regency in North Kalimantan after floodwaters from the River Sembakung in neighboring Malaysia flew down to the low-lying areas.

The floods that have occurred since the beginning of the year were caused by the change in the transition cycle.

Head of Sembakung Sub-district, Zulkifli, said that the flood had affected 661 families comprising a total of 2,752 people.

The floods also affected 553 houses and 51 public facilities such as schools, places of worship, and office buildings, among others.

“The latest report from BPBD [the Regional Disaster Mitigation Agency] states that the water level has reached 4.40 meters, causing parts of the buildings to be submerged,” Zulkifli said on Sunday, January 17.

“The water level could still rise as it’s currently still drizzling,” he added.
So far, there have been no reports of residents fleeing their homes. Instead, they stay indoors and wait for the government to help. Kompas.com/Dani J A file photo of CONCH cement in Kalimantan.

In the following years, other brands from outside Kalimantan are slowly out of the market.
“The price difference may look small, but for a consumer who buys in large quantities, it’s quite good,” said Budi, an owner of a building materials shop in Balikpapan.

Small buyers will choose the lowest price cement, too.

The low selling price, however, was set below its production cost per bag. It was revealed that CONCH kept sold the PCC cement in South Kalimantan at lower prices from 2015-2019, even though they lost money.

The Commission Council found that in its 2015 financial statements that CONCH suffered a loss as a result of this practice. Indonesia’s State-Owned Enterprises Minister Erick Thohir said that 15 percent of top positions in the state firms should be occupied by women as parts of the transformation in the ministry.

“I want to see changes in BUMN [state-owned enterprises]. I want to see 15 percent of directors to be occupied by women,” Erick said as quoted by State News Antara on Sunday, January 17.

He also said that at least five percent of top positions should be filled by leaders under 40 years old as they have the same concern for society and can adapt to change.

“The millennials could be extraordinary examples to lead the state firms,” Erick said.