Lihat Foto
Ruined buildings in the wake of the earthquake in Majene Regency, Sulawesi(KOMPAS.COM/HENDRA CIPTO) 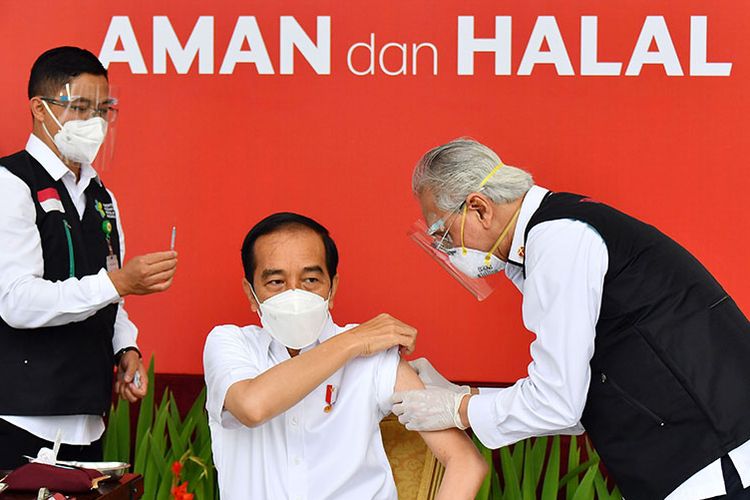 JAKARTA, KOMPAS.com – Indonesia continues to grapple with manmade and natural disasters in the first weeks of 2021, as the government sent aid to the province of West Sulawesi.

The province’s Majene regency was struck by a deadly 6.2 Richter scale earthquake that killed and injured hundreds of people and displaced thousands of others.

The Indonesian Police’s forensics experts have found the DNA of the 62 people onboard Sriwijaya Air Flight SJ 182 when it crashed in waters off Jakarta.

They also found more human remains as well as debris from the Boeing 737-500, as the search for the downed plane is extended to waters off the city of Tangerang in neighboring Banten Province.

And last but not least, President Joko Widodo also ordered the mass vaccination of 181 million Indonesians to wrap up by the end of this year, months before the designated target of 2022. Read on for more of these stories, as curated by our editors:

DOKUMENTASI KEMENSOS Minister of Social Affairs Tri Rismaharini and National Board for Disaster Management [BNPB] head Doni Monardo head to the West Sulawesi Regency of Majene after the area was hit by a 6.2 Richter scale earthquake on Friday (15/1/2021)

A 6.2 Richter scale earthquake has struck the West Sulawesi regency of Majene in the early hours of Friday, January 15. The disaster killed 34 persons, injured 637 others, and displaced 15 thousand people.

“The epicenter of the quake is six miles northeast of Majene at a depth of 10 kilometers. The earthquake does not have the potential to cause a tsunami,” said Meteorology, Climatology and Geophysics Agency [BMKG] Earthquake and Tsunami Mitigation Head Daryono.

The West Sulawesi Provincial Administration reported that the disaster “damaged 62 houses and public buildings.” They added that “the earthquake also isolated [Majene and Mamuju] from the outside world, after it cut the Trans-Sulawesi road.”

The earthquake caused dozens people to be buried in the rubble, including a girl identified as ‘C’. Her plight, which was caught on video, raised awareness about the disaster nationwide.

Lake Docks in West Sumatra,...
Comments
There are no comments
Comment wisely and responsibly. Comments are entirely the responsibility of the commentator as regulated in the ITE Law
Thank You! We have received your report. We will remove comments that conflict with the Community Guidelines and the ITE Law.