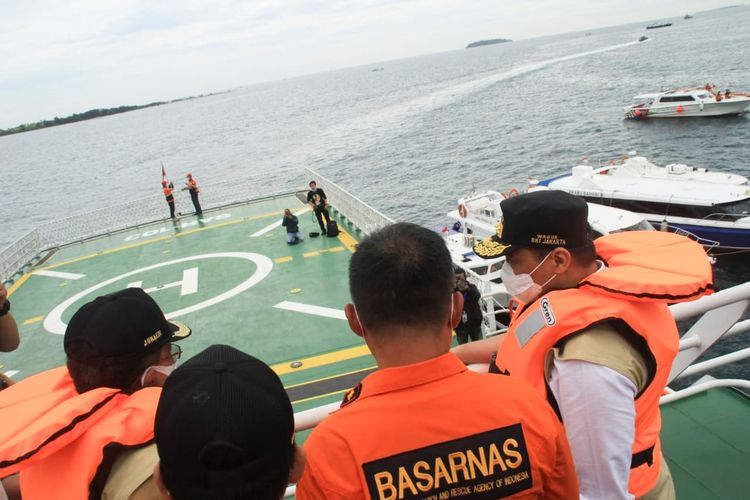 KOMPAS.com – Indonesian joint search and rescue team have located the two black boxes from the Sriwijaya Air flight SJ182 that crashed into the sea near Jakarta on Saturday, January 9.

The jetliner with 62 passengers and crew was on its way to Pontianak in West Kalimantan before it lost contact with the Air Traffic Control a few minutes after takeoff.
The joint team has been retrieving suspected pieces of the plane and human body parts.

Meanwhile, in Sumedang regency in West Java Social Affairs Minister Tri Rismaharini told the officials in Sumedang to immediately relocate the residents who are affected by the landslide.
Below are excerpts from the news in Indonesia, curated by Kompas.com editors:

Indonesian joint search and rescue team have located the two black boxes from the Sriwijaya Air flight SJ182 that crashed into the sea shortly after take-off from Jakarta on Saturday, January 9.

Indonesian Military (TNI) commander Air Chief Marshal Hadi Tjahjanto said on Sunday that the location of the jetliner was identified after signals from the black boxes were received by the Indonesian naval ship KRI Rigel.

“The joint team prepares to retrieve large pieces of the aircraft by using a crane from the naval ship,” said Hadi in a statement on January 10.

Hadi emphasized that all levels of the TNI support the National Search and Rescue Agency (Basarnas) in the search for all victims, pieces of the plane, and the plane’s black boxes.

Basarnas head Bagus Puruhito said that the joint search and rescue team members have retrieved suspected pieces of the plane and human body parts which then be collected and handed over to the Police and the National Transportation Safety Commission (KNKT) for further investigation. 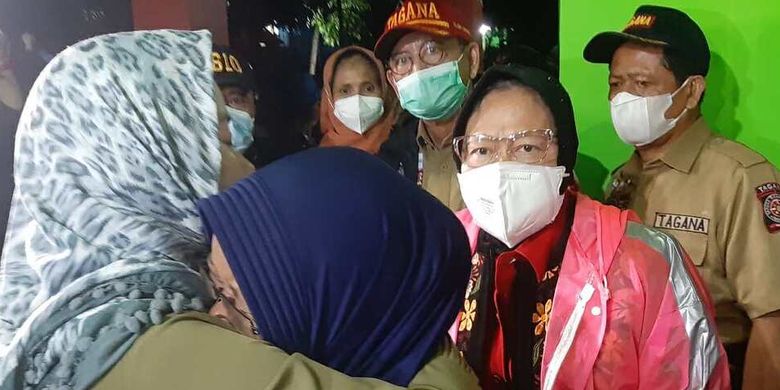 KOMPAS.COM/AAM AMINULLAH Social Affairs Minister Tri Rismaharini (second-right) during her visit to Sumedang regency in West Java after a landslide on Sunday, January 10.

This request was made by Risma when meeting with Sumedang Regent Dony Ahmad Munir and Sumedang Regency Secretary Herman Suryatman at Cipareuag Elementary School on Sunday evening.

The minister was worried about another landslide to occur due to the bad weather. “It is still raining now, if we don’t relocate the people, we are afraid of another landslide. Residents living the landslide areas must also be relocated tonight,” she said.

Meanwhile, Herman said three places have been prepared for the relocation.

He added that as of Sunday night, 16 people have been found. Of this number, three were survived and treated in a hospital.

“Based on the report provided, 28 residents had minor injuries, and 25 others have not been found,” said Herman. Kompas.COM/MUHAMMAD NAUFAL An example of a Covid-19 vaccine

As Indonesia will soon begin its first mass Covid-19 inoculation program, President Joko “Jokowi” Widodo has assured the safety of the vaccines following a series of the testing process.

“I emphasize that the Covid-19 vaccine has been tested in various countries and it has been proven to be safe,” said Jokowi during his speech at the Indonesian Democratic Party of Struggle (PDI-P)’s 48th anniversary held virtually on Sunday, January 10.

He said that before the Covid-19 jab drive takes place, the vaccines will have to be approved by the Indonesian Food and Drug Monitoring Agency (BPOM) through the issuance of emergency use authorization (EUA).

Currently, the government is still waiting for the BPOM to issue the EUA. It is expected that the EUA will be issued next week. “We hope this mass vaccination program to start as soon as possible after the BPOM issues a permit,” said Jokowi.

Jokowi also said that the Indonesian Ulema Council (MUI) had conducted tests to ensure that the vaccine is allowed by Islam, or halal.

The President said 182 million or 70 percent of Indonesia’s population will receive the shot. This also means that the country needs about 426 million doses of vaccine.