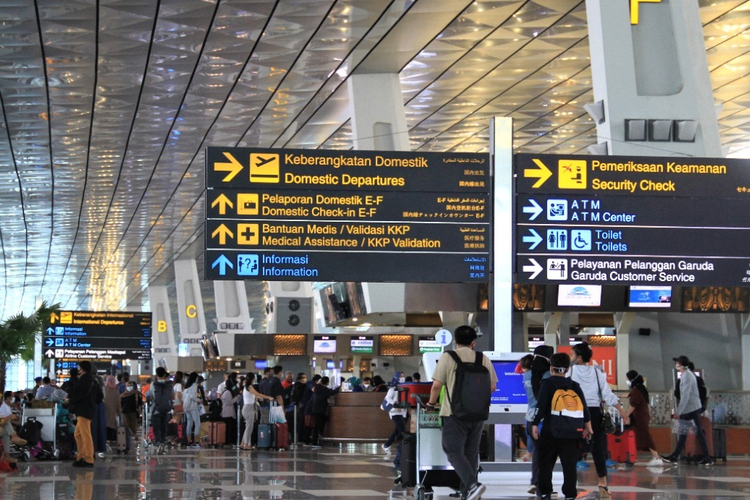 KOMPAS.com – The Indonesian airline industry experienced a drastic downturn in passenger numbers due to the coronavirus pandemic.

Denon Prawiraatmadja, Chairman of the Indonesia National Air Carriers Association (INACA),  said that while the market absorbed nearly 91 million domestic and international flight passengers, the Covid-19 pandemic brought that figure down to around 30 million.

As such, the industry lost nearly 60-70 million flight passengers since the coronavirus pandemic began.

The heavy losses were a result of the massive plunge in the number of international travelers visiting the Southeast Asian country.

“The impact in the decreasing figures for international travelers caused the economic performance to go from a growth of 5.17 percent in 2019 to a contraction of 5.2 percent this year.”

Confident in the domestic market

Despite the dwindling numbers of foreign visitors, Denon remains confident in the domestic market to prop up the Indonesian airline industry.

The advantage Indonesia has is in its geographical landscape, specifically its being an archipelago, thus making the Indonesian airline industry vital to meet the nation’s transportation demands.

“Indonesia’s domestic market encompasses around 80 percent of the market share, thus it is the backbone of the national economy.”

Yesterday, AirAsia Indonesia signed a memorandum of understanding (MoU) that will synergize its flights with the promotions and sales of hotels in Indonesia.

One of the leading budget airlines in Indonesia agreed on an MoU with the Indonesian Association of Hotels and Restaurants (PHRI), thus initiating the integration of hotels under the PHRI network with the airline’s platform on www.airasia.com.

The objective of linking Indonesia’s restaurants and hotels with AirAsia Indonesia is for both parties to create attractive promotional packages and sales.

Read also: Hotels, Restaurants Team Up with AirAsia Indonesia to Win Over Travelers

“We expect that this step between AirAsia and PHRI will bring about immense benefits going forward for restaurants and hotels in Indonesia,” stated CEO of AirAsia Indonesia, Veranita Yosephine Sinaga.

PHRI Chairman, Hariyadi BS Sukamdani is confident that the association will benefit from AirAsia’s strong branding and mature distribution channel.

He is also certain that given the hardships endured by restaurants and hotels in Indonesia during the coronavirus pandemic, the MoU with the Malaysian airline is the first step towards recovery for the national tourism industry.

Jakarta to Step Up Security in 1,600 Churches over Christmas