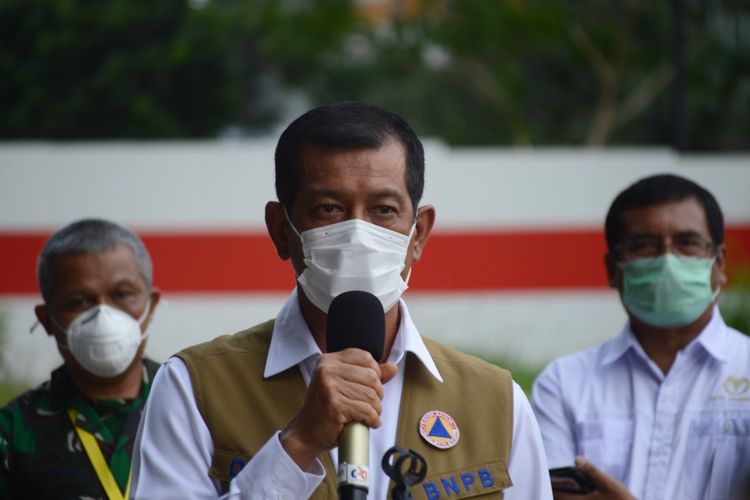 JAKARTA, KOMPAS.com – Indonesian Covid-19 Task Force chief Doni Monardo has warned participants in the country’s regional elections to keep their guard up after voting for their candidates.

Doni highlighted the reminder as he commended the public for complying with health protocols.

“The task force noted that public compliance with health protocols during the elections stood at 89 to 96 percent,” Doni said in a virtual press conference on monitoring the elections on Wednesday, December 9.

“However, we should not be complacent as the voting process in the regional elections are far from over. The vote counting is likely to draw crowds as well, so we should not let our guard down or give way to noncompliance [with health protocols].”

He added that many provinces or districts holding the elections only complied with firm enforcement.

Also read: Indonesia to Push Ahead with 2020 Regional Elections Despite Covid-19 Challenges

“We found that 1,454 of 1,803 polling stations in one district do not even have sufficient sanitation facilities, such as faucets to wash hands, even though they are a requirement to guard against the coronavirus,” said Bawaslu official Mochammad Afifuddin.

“Other polling stations failed to put lists of local residents who are eligible to vote. Others opened after 7am, the time when they are supposed to open and receive voters.”

The regional elections are held…

Indonesia's House Speaker Urges Partial Lockdown,...
Comments
There are no comments
Comment wisely and responsibly. Comments are entirely the responsibility of the commentator as regulated in the ITE Law
Thank You! We have received your report. We will remove comments that conflict with the Community Guidelines and the ITE Law.