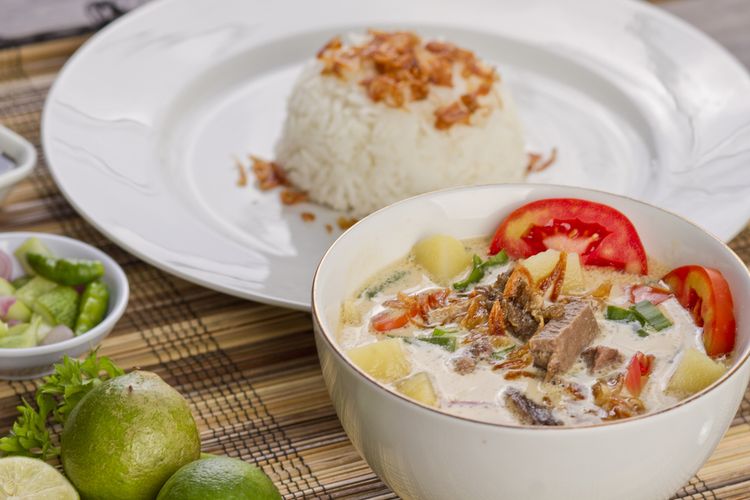 It has solidified itself in the Jakarta culinary scene since its opening in the 1940s and nowadays, the restaurant has become a favorite place to dine for numerous public figures in Indonesia.

Just how good is the Soto Betawi here?

Well, you can ask Indonesian President Joko Widodo, former president Gus Dur, and even Jakarta Governor Anies Baswedan who have all eaten at this Jakarta food legend.

Read also: Eat Your Way to Halal Balinese Food at These Locations

When Hajj Ma’ruf first began his business, he sold his Jakarta Beef Soup in a pushcart around the capital city’s Cikini area.

“He also sold the food from his house where my grandfather’s house was in Gondandia,” said the third generation of the restaurant, Mufti Maulana.

Always one to change sales strategy, Hajj Ma’ruf sold his famous dish on the side of the road from the 1960s to 1970s and was even disbanded by the municipal police.

Since the 1980s, Rumah Makan Soto Betawi Haji Ma’ruf found a permanent home in front of Taman Ismail Marzuki before finally moving within the vicinity of the park.

Many visitors were unaware that…