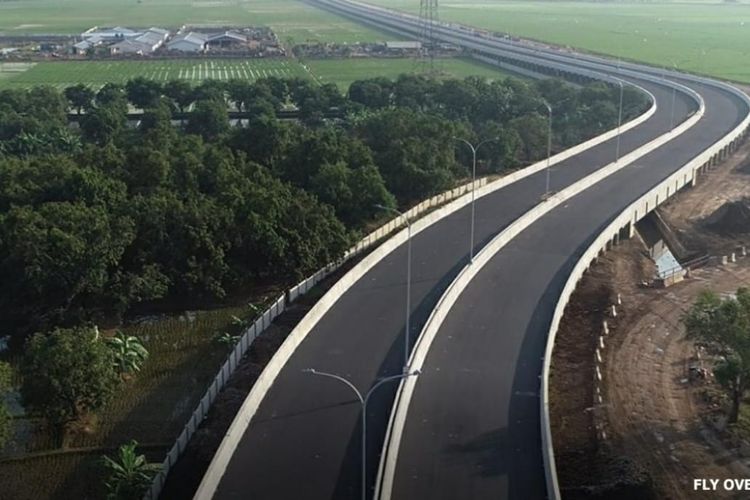 KOMPAS.com – The first phase of a special seaport for automotive exports in Subang regency in West Java is expected to be completed in December 2020.

Media reported that the car terminal of Patimban Port could accommodate a quarter of a million to 300,000 vehicles annually.

The port is expected to ease traffic congestion for the export and import of vehicles at the Tanjung Priok Port in North Jakarta.

Authorities have seized a Malaysian-flagged vessel for illegal fishing in Indonesian waters in Malacca Strait. The incident took place only in a week after another fishing boat bearing the Malaysian flag was caught by the patrol team in Malacca Strait.

1. Indonesia’s Patimban Seaport to Operate on Limited Basis Next Month The government is expected to complete the first phase of the Patimban seaport in Subang regency, West Java for limited basis operation in December 2020. Transportation Minister Budi Karya Sumadi said that the Patimban Port will boost the national economy by speeding up the flow of logistics.

“Patimban Port can also be the main driver for national economic recovery. I discussed with Industry Minister to support this activity,” Budi said in a virtual discussion on Friday, November 20.

He said that Patimban port can ease the burden on Jakarta’s busiest seaport, Tanjung Priok. Therefore, the two seaports must be synergized, he added. The Ministry of Maritime Affairs and Fisheries has arrested an illegal fishing boat bearing the Malaysian flag in Indonesian waters in Malacca Strait.

“The spirit of never giving up on our team has successfully caught the Malaysian-flagged fishing vessel,” said TB in his statement on Friday, November 20.

The patrol officers have arrested the captain of the boat identified as Nai Hlaing and three crew members of Myanmar nationals. The case is under investigation at the Dumai surveillance unit in Sumatra Province. KOMPAS.com/GARRY LOTULUNG Members of the Indonesian military (TNI) take down an illegal poster in Tanah Abang in Central Jakarta on Friday, November 20, 2020.

“If necessary, [the government] should disband the FPI. If they want to challenge the military, bring them on,” said Army Major General Dudung Abdurachman at the National Monument [Monas] on Friday, November 20.

“Who does [FPI] think they are, acting like they are above the law?”

The two-star general confirmed that his soldiers took down the FPI’s banners near their main offices in Central Jakarta’s Petamburan district, as shown in a video that went viral on Twitter on Thursday, November 19.