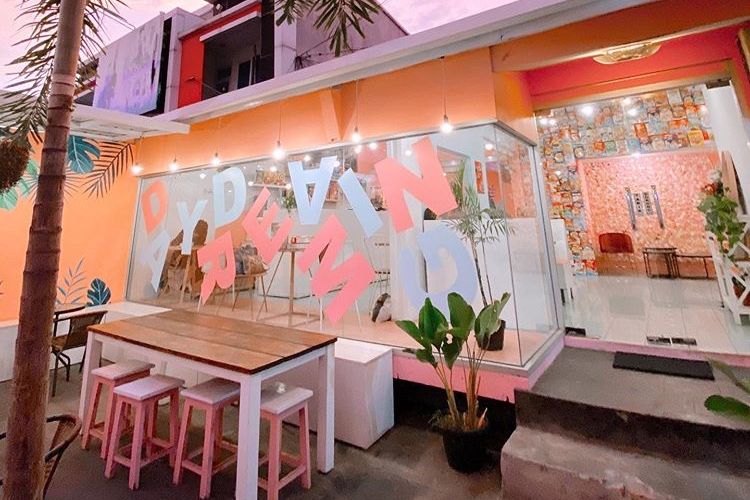 KOMPAS.com – It might sound unlikely, but a Yogyakarta western food eatery can be found in Indonesia’s Central Java region thanks to the Day Dreaming Cereal.

Capitalizing on the boom of Indonesia’s food and beverage industry, the owners of Day Dreaming Cereal have established Yogyakarta and Indonesia's first cereal bar.

While this Yogyakarta famous food eatery carries local and foreign cereal brands in 80 percent of its menu, it also offers a host of snacks and desserts that are equally sweet and delectable.

Using pink as the primary color of its interior design, stepping into this cereal bar in Central Java feels rather psychedelic, but in a good Instagrammable way.

The husband-and-wife team from Yogyakarta opened Day Dreaming Cereal in June 2019 after discovering that there was no cereal bar in the city.

Co-owner Renanda Putri stepped outside the box to design a café with an unlikely concept despite originally not knowing how to design the place or what food to sell.

Thanks to her and her husband’s love of cereal, the inspiration came to set up a cereal bar that has become the star of the Yogyakarta western food scene.

“You can call us bold because we are. Many people objected to our idea of this café including our parents, family, and friends, but we believe that God has a plan for us thus came the birth of Day Dreaming Cereal.”

After a year since its…