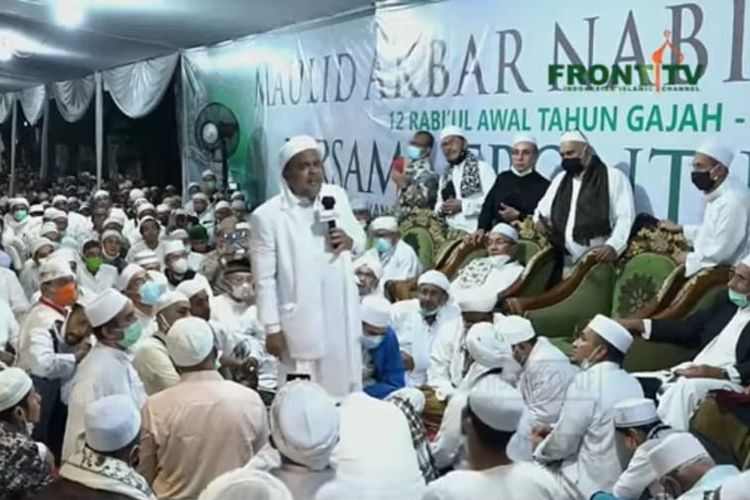 JAKARTA, KOMPAS.com – The Indonesian National Police announced a high-level shakeup on November 10 as the force takes the heat from their failure to enforce health protocols during the recent return of Islamic Defenders Front (FPI) chief Rizieq Shihab to the country from a three-year exile in Saudi Arabia.

He did not elaborate on the reason for the step. Habib Rizieq and the FPI held mass gatherings in Jakarta and West Java, in defiance of health protocols against gatherings of large numbers of people.

These included his homecoming in Soekarno-Hatta Airport, mass gatherings in the South Jakarta neighborhood of Tebet and Bogor, West Java. The culminated in a wedding reception for his daughter at FPI headquarters in Petamburan, Central Jakarta at the end of the week.

The Jakarta public is also up in arms over FPI’s flouting of health protocols. Hundreds of netizens harassed the Jakarta Metropolitan Police’s Twitter account @TMCPoldaMetro over their tweet which said “Please report any groups who failed to comply with Covid-19 [health] protocols.”

“Does this tweet still apply for everyone?... [The FPI’s crowds] received plenty of coverage on TV but the police failed to disperse them, though they violated Covid-19 health protocols,” asked one Twitter user, @Agumovic.

“Do you apply double standards?...As taxpaying [Indonesian] citizens, we urge you not to give in to the whims of [the FPI],” asked another user @hendrasembiring.

Business owners were just as enraged. “My restaurant is barely getting by to comply with Covid-19 health protocols, to the point that I have to reduce my employees’ salaries by half,” said restaurant owner @wangi_mentik.

“[The FPI] held mass gatherings and the government accommodated them. This is so unfair.”

The Jakarta Metropolitan Police have yet to comment. Public officials, such as Deputy Jakarta Governor Ahmad Riza ‘Ariza’ Patria, was spotted in the FPI gathering in Tebet.

The participants did not comply with health protocols, such as wearing masks or practicing social distancing, in that gathering or others like it.