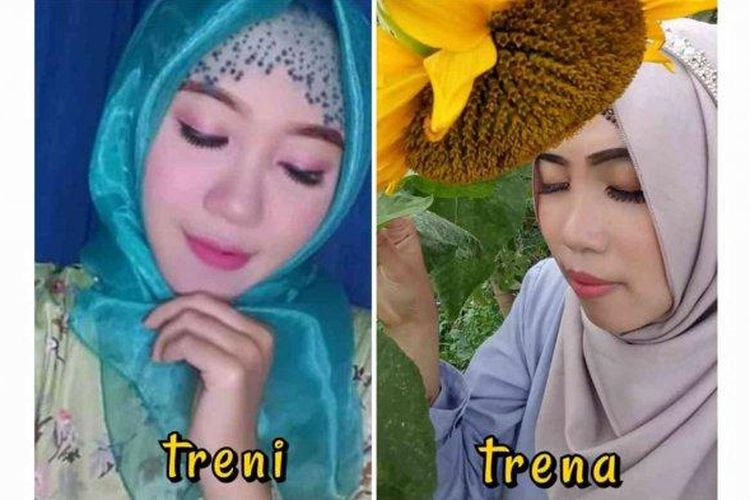 Lihat Foto
Elis Treni Mustika alias Treni Fitri Yana and her twin sister Elis Trena Mustika. The sisters got in touch after a 20-year separation thanks to the TikTok social media application() 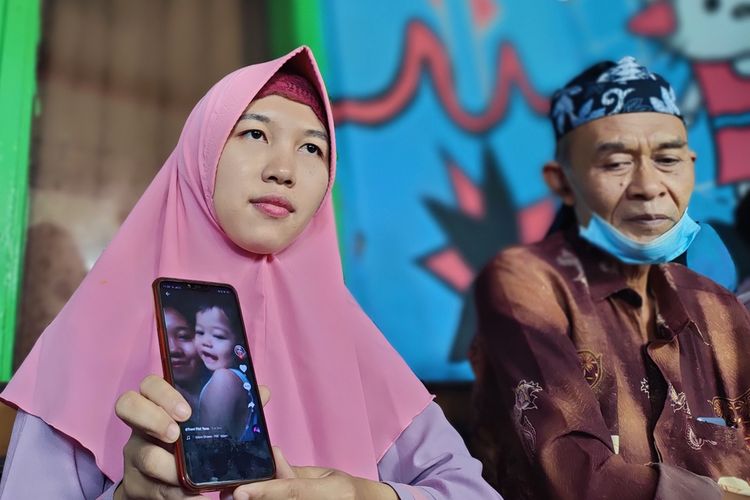 KOMPAS.com – For Treni Fitri Yana, her upcoming trip to Tasikmalaya, West Java on Wednesday, October 21 is more than just a change of scenery.

The trip will provide closure to the 24-year-old from Blitar, East Java, as she will be reunited with her twin sister Trena after a 22-year separation.

“Our parents were transmigrants from Java who settled in Ambon [Maluku Province]. Our parents left us in the care of neighbors when they had to return to Tasikmalaya to care for a sick relative,” Treni recalled.

“But then we got separated after thousands of transmigrants fled Ambon following [sectarian] unrest there in 1999. Trena managed to return to our family in Tasikmalaya, while I settled and grew up in Blitar, East Java with my [foster] family.”

For Treni, who was born Elis Treni Mustika before her foster parents changed her name to Treni Fitri Yana, discovering she has a twin sister was a bombshell. “While I grew up oblivious [to Trena’s existence], our biological family has always told her about me.”

She added that Trena, whose full name was Elis Trena Mustika, has been on the lookout for her through the years. “Trena have been looking for me on national TV, YouTube and social media, but her searches came up empty handed.”

Their reunion came after the two got wind of one another in TikTok on October 14.

“Trena unwittingly saw my TikTok videos from a neighbor who mistook them for her work because of our resemblance" Treni said.

"Trena dismissed the videos at first until her neighbors and [our] siblings noted our resemblance.”

“They then contacted me on TikTok and other social media platforms where they asked personal questions like my full name or who my parents were. I ignored the questions because I thought they were a scam,” Treni said.

“But then one of my [biological] older siblings mentioned my [foster parents’] name and sent a photo of Trena’s ID. I still dismissed the evidence until I checked Trena’s Facebook account.

“I saw how we strongly resembled one another in our photos or the way we wore our hijabs. My natural siblings suggested I confront my [foster] mother, but my [biological] father did so instead of me, as I did not want to distress her,” Treni noted.

"Even then my [foster] mother held on to me, so my [biological] father had to reassure her that he will not take me away.” Treni held no hard feelings against her foster mother for withholding the truth.

“I am indescribably overjoyed at the prospect of meeting [my biological family],” she said.