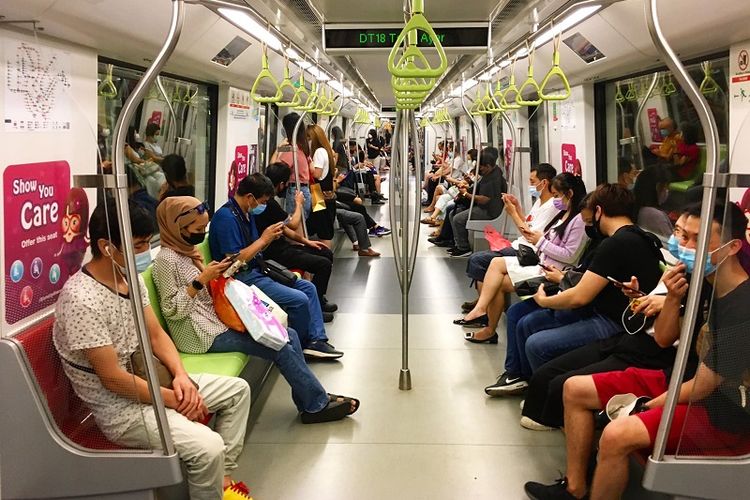 Lihat Foto
The downturn of the world economy caused by the pandemic will not be as bad as originally feared, according to the IMF Chief Kristalina Georgieva. (KOMPAS.com/ ERICSSEN )

WASHINGTON, KOMPAS.com – The downturn of the world economy caused by the pandemic will not be as bad as originally feared, according to the IMF Chief Kristalina Georgieva.

The more optimistic take on the trajectory of the world economy since the start of the coronavirus pandemic is helped by the immense amount of government spending.

Nonetheless, the IMF chief warned on Tuesday that the crisis is far from over.

"The picture today is less dire... allowing for a small upward revision to our global forecast for 2020," she said in a speech ahead of IMF-World Bank fall meetings next week, where the IMF is due to present its updated forecasts.

In June, the Washington-based crisis lender projected a nearly 5 percent contraction of global GDP, but results in the second and third quarters were better than expected.

Georgieva credited the improvement to "extraordinary policy measures that put a floor under the world economy", which amounted to $12 trillion in fiscal support to households and firms.

But the IMF chief warned that "less dire is not sunny", and governments should not prematurely withdraw the help they have provided, since the outlook of the world economy in 2021 is mixed and rife with uncertainties and risks.

After more than a million deaths, "this calamity is far from over. All countries are now facing what I would call 'The Long Ascent' — a difficult climb that will be long, uneven, and uncertain," Georgieva said, stressing the need to help the weakest nations.

Pulling back on government aid…