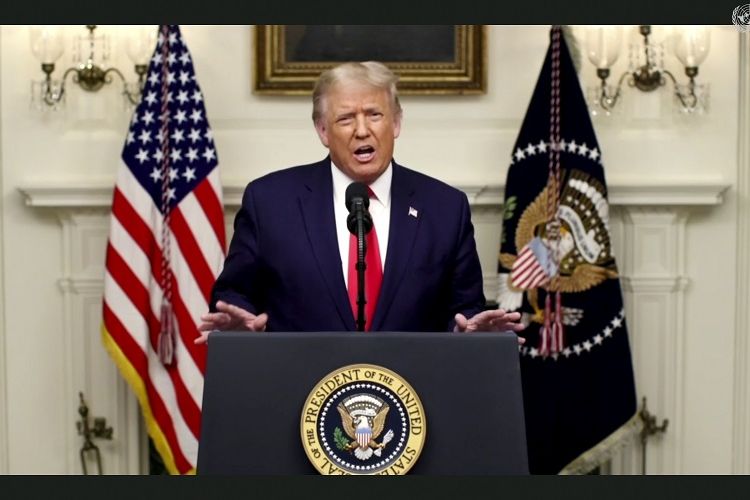 "His Debate performances have been record setting UNEVEN, to put it mildly. Only drugs could have caused this discrepancy???"

When asked by reporters about the demand, Biden laughed before declining to comment.

Both men are prone to blunders and gaffes when speaking — but the 74-year-old Trump has repeatedly depicted the 77-year-old Biden as senile.

The former vice president has until recently stayed close to his Delaware home due the pandemic — while Trump has flouted his own government's social distancing guidelines, holding jam-packed rallies with few masks in sight.

The debate also comes as both sides try to exploit Trump's bid to install conservative Amy Coney Barrett in the late Justice Ruth Bader Ginsburg's seat on the Supreme Court.

Trump sees his nomination of Barrett — potentially tilting the court to the right for years — as a fundamental boost to his troubled campaign.

But Biden accused Trump of rushing Barrett's nomination in order to launch a new assault on health care and urged the Senate to delay the confirmation until after the election.