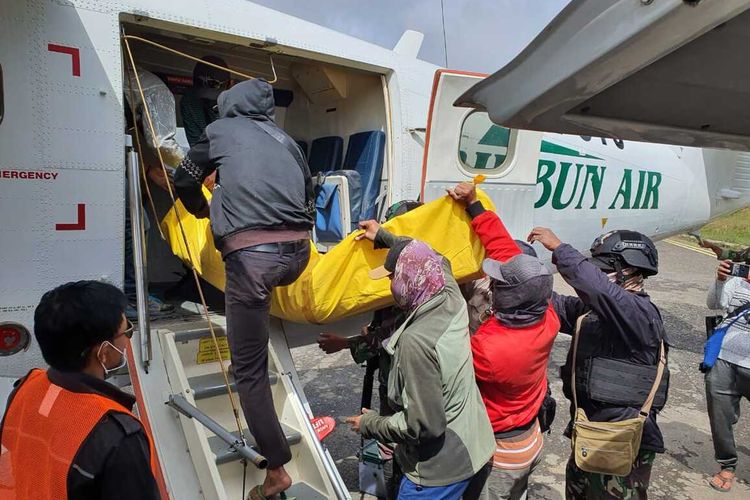 KOMPAS.com – A number of Indonesian airlines have expressed reservations to move military and police personnel to the Papuan Regency of Intan Jaya, as tensions continue to run high in the area.

“Their aircrew have conveyed their reservations to us. We understand their concerns.” Paulus added that the military and police will consolidate their strength at Sugapa before heading to the Hipadipa district and other parts of Intan Jaya.

“We need to reinforce Sugapa, as it is on a vital road network. We will continue to make the most of our facilities to transport troops [through Intan Jaya].”

Paulus noted that at least five armed groups that were near the mining town of Timika have converged on Intan Jaya, rendering the area a combat zone since September 14. The authorities claimed the groups killed at least six people.

The dead included three Army soldiers, a motor taxi driver, and Pastor Yeremia Zanambani, a member of the Moni tribe who translated the Bible into the Moni language.

Yeremia’s death on September 19 in Hitadipa was particularly problematic for the Indonesian armed forces.

“The KKB accused the armed forces of killing [Pastor Yeremia] in a concerted smear campaign on social media,” said Indonesian military spokesman Colonel IGN Suriastawa. “In fact, they carried out the murder themselves to gain worldwide attention to their cause before the United Nations General Assembly September 22-29.”

The Indonesian province of Papua has been dogged by unrest for nearly 60 years since Indonesia took over from the Dutch in 1963.