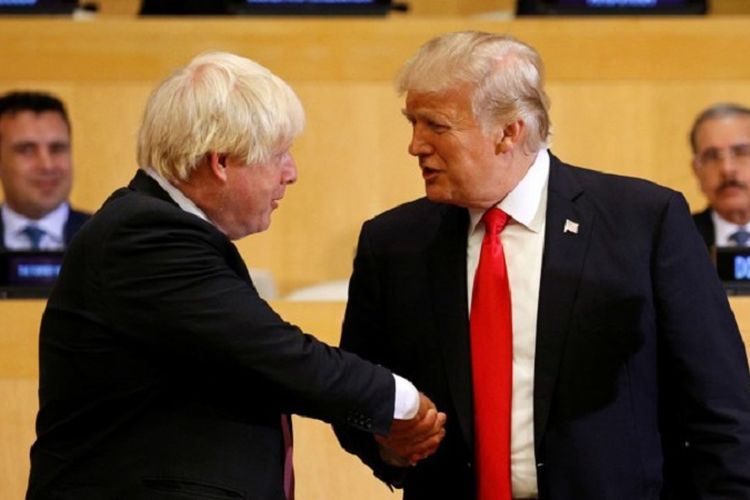 Lihat Foto
The UK will resume US trade talks on Sept. 8 as it rushes for a deal before the year-end Brexit deadline.(REUTERS/KEVIN LAMARQUE)

LONDON, KOMPAS.com – The UK will resume US trade talks on September 8 as it rushes for a deal before the year-end Brexit deadline.

The UK’s Trade Department Minister Greg Hands stated Thursday that both sides would convene next week.

He also shared that Britain has been talking to representatives from US Democrats and Republicans before America’s November presidential election.

"I can announce today that the next round (of talks) will start next Tuesday, 8th September," Hands told MPs during questions on international trade policy.

He added: "We talk with all parts of the US political system.

"We make sure that senators, members of Congress, governors from both parties right the way across the United States... buy into a future UK/US free trade agreement."

Britain has made a US trade deal a major target to coincide with its exit from the EU on December 31, but hopes of concluding a deal before then appear increasingly unlikely.

The US Congress is required to approve any comprehensive trade agreement but presidential and congressional elections take place on November 3, restricting hopes of a quick deal.

The UK voted in a…