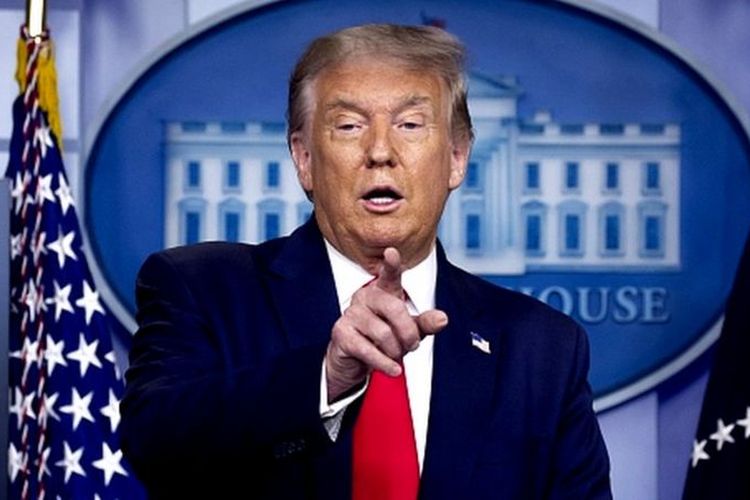 WASHINGTON, KOMPAS.com – President Donald Trump is stoking the flames of a Kamala Harris birther theory similar to the baseless claims he made about Barack Obama.

On Thursday, the US President said he had heard Democratic Vice-Presidential running mate Kamala Harris was ineligible to serve.

His statement came during a White House news conference where he was prompted about “claims circulating on social media” on Kamala Harris’ ineligibility and whether he could say she fulfilled the legal requirements for Vice-President.

"I heard it today that she doesn't meet the requirements. And, by the way, the lawyer that wrote that piece is a very highly qualified, very talented lawyer. I have no idea if that's right," Trump said.

"I would have assumed the Democrats would have checked that out before she gets chosen to run for vice president," he said.

The reporter replied that Harris was born in the United States but her parents might not have been permanent residents at the time.

President Donald Trump appeared to be referring to a Newsweek op-ed by a conservative law professor wrongly claiming the California senator was not eligible to serve as vice president or president because of the immigration status of her parents when she was born.

Kamala Harris was born in…

Indonesian VP, Singapore President Hold Talks...
Comments
There are no comments
Comment wisely and responsibly. Comments are entirely the responsibility of the commentator as regulated in the ITE Law
Thank You! We have received your report. We will remove comments that conflict with the Community Guidelines and the ITE Law.