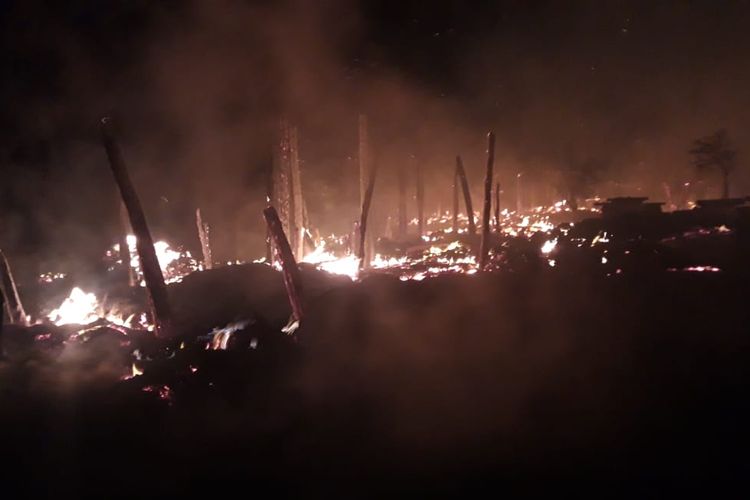 “The incident occurred at 6pm local time. The 22 homes, which were destroyed by the fire, were traditional houses,” West Sumba Regent Agustinus Niga Dapawole told Kompas.com on Monday night.

Of the 22 houses, there was only one unoccupied, said Agustinus who was at the scene. The affected villagers have been evacuated to their relative’s houses nearby.

The regent said the fire spread quickly because of the natural materials used in traditional architecture. The houses were made of wood and reeds.

“The fire is believed to have originated from the unoccupied traditional house. However, the cause of the fire is still unknown,” Agustinus said, adding that the damage was estimated at thousands of dollars.

Footage of the evening fire sent by the head of Lamboya sub-district, Daud Eda Bora, showed smoke rising into the air. Dozens of villagers could only see from a distance when their houses were engulfed in flames. The sound of women screaming and crying was also heard in the footage.

“People tried to extinguish the fire, but a water truck was insufficient as the fire was getting wider,” said Daud.

The truck could only extinguish the fire from the outer area of the village due to the stone walls around it.

“The traditional Sumba village is…