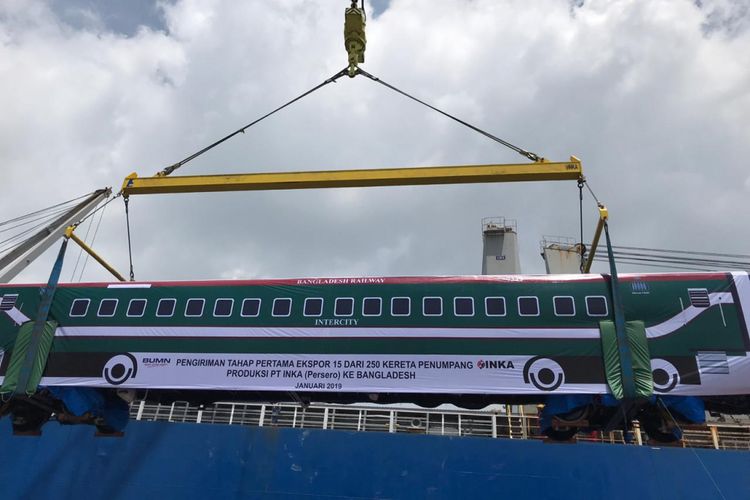 Senior Manager Bambang Ramadhiarto, who is in charge of the state-owned enterprise assistance program, corporate social responsibility, and stakeholder relationship, said that PT Inka has set the target of completing the passenger trains under the cooperation with Bangladesh.

The cooperation in the railroad development project in Bangladesh is still ongoing and there are still many opportunities to build railroad facilities and infrastructure.

“The development is also seen in its investment in passenger train facilities and commuter lines,” he added.

However, he did not elaborate on the total investment of the project.

In 2019 PT Inka received three major railroad projects which will continue this year. The projects comprise the cooperation with Indonesia’s railway operator PT Kereta Api Indonesia (KAI), the Philippines, and Bangladesh, he said.

Under the cooperation with PT KAI, PT Inka is working on 31 train sets or 186 train cars that will be used for the light rail transit (LRT) system in Jakarta and its vicinity. Two LRT train sets have been completed and have already been sent to the Cibubur station.

With Bangladesh, PT Inka has…