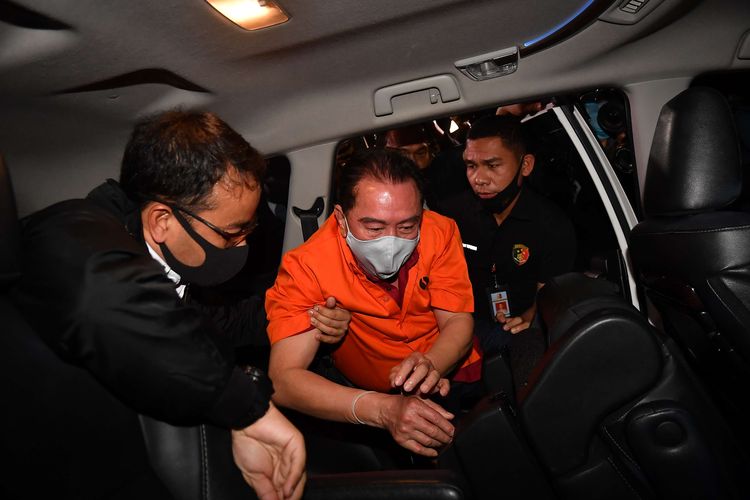 Lihat Foto
The members of Indonesian police escort a fugitive and graft convict Djoko Tjandra after he arrives at Halim Perdanakusuma Airport in Jakarta on Thursday, July 30.(ANTARA FOTO/NOVA WAHYUDI)

Previously, the South Jakarta District Court acquitted Djoko. Then in October 2008, the Attorney General’s Office submitted a judicial review to the Supreme Court, where he was found guilty.

The businessman was then sentenced to two years in prison and had to pay a fine of 15 million rupiahs ($1,037). The state recovered 546 billion rupiahs ($37.7 million) from his account in the then Bank Bali.

However, a day before the Supreme Court will hand down its verdict in June 2009, Djoko allegedly fled Indonesia via a chartered plane from Halim Perdanakusuma Airport to Port Moresby in Papua New Guinea.

Djoko later held citizenship in Papua New Guinea in June 2012. However, the status was illegitimate because he still has legal issues against him in Indonesia.