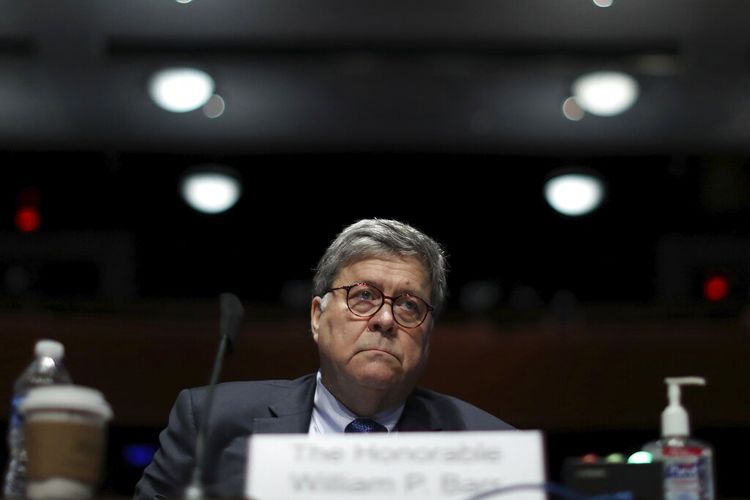 WASHINGTON, KOMPAS.com -  US Attorney General William Barr defended the aggressive use of force by federal law enforcement officers in front of the House Judiciary Committee on Tuesday.

William Barr’s testimony was contrary to the views held by Democrats who said that the Trump administration is unconstitutionally suppressing dissent.

This past week, President Donald Trump gave his go-ahead to deploy federal agents in a bid to contain civil unrest happening across America.

The hearing was held on the same day where the late leading figure of the US civil rights movement, John Lewis, lay in state steps away outside the Capitol.

The timing of the hearing between William Barr and the House Judiciary Committee highlighted the wide election-year gulf between the two parties on police brutality and systemic racism in law enforcement.

The US has been gripped with nationwide protests and unrest following the death of George Floyd who died at the hands of white police officers in Minneapolis.

The event has also prompted louder calls for police reform.

But Barr said “violent rioters and anarchists have hijacked legitimate protests” and argued the violence taking place in Portland, Oregon, and other cities is disconnected from Floyd’s killing.

He called George Floyd's killing as a “horrible” event that prompted a necessary national reckoning on the relationship between the Black community and law enforcement.

But he also said there…

Indonesian Ministry of Transportation to...
NEWS

Upskilling of Indonesian Workers Pivotal to...