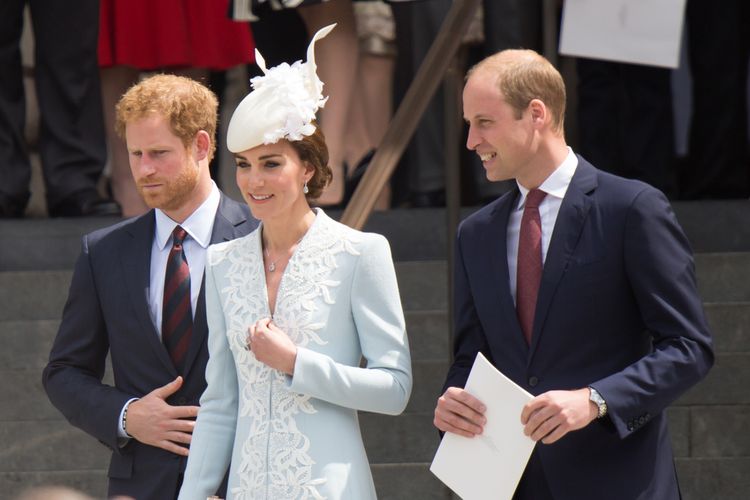 LONDON, KOMPAS.com - In the second installment of the serialized book “Finding Freedom” which appeared in the Sunday Times, more details were uncovered regarding the rift between Britain’s popular princes.

According to royal reporters Omid Scobie and Carolyn Durand, Prince Harry was infuriated by Prince William’s suggestion to move slowly in his relationship with Meghan Markle.

Prince William argues that he did not want his younger brother to be “blindsided by lust”.

The suggestion was perceived as snobbish by the younger prince in which he also staunchly disliked William’s advice of “take as much time as you need to get to know this girl."

The authors quote a source close to William as saying he didn’t want Harry to be “blindsided by lust.” The authors wrote that Harry “no longer felt as though he needed looking after,” and took it badly.

“In those last two words, ‘this girl’, Harry heard the tone of snobbishness that was anathema to his approach to the world,’’ the excerpt said, noting that Harry has spent 10 years in the military and outside the royal bubble.

“Also, to remove Meghan Markle from the equation, Harry was tired of the dynamic that had become established between him and his older brother,’’ the authors added.

In announcing the book's publication, Harper Collins UK said the book by Scobie, royal editor of Harper’s Bazaar and Durand, Elle magazine's royal correspondent, would aim to capture “the real Harry and Meghan."

The publisher said the authors have been given “unique access” and the cooperation of those closest to the couple.

Ahead of the book’s release, Harry and Meghan issued a statement denying taking part in the publication.

“The Duke and Duchess of Sussex were not interviewed and did not contribute to ‘Finding Freedom’,’’ it said. “This book is based on the authors’ own experiences as members of the royal press corps and their own independent reporting.”

The book described how the rest of the family and the Royal Household also didn’t know what to make of Meghan Markle.

One senior courtier is said to have told a colleague: “There’s just something about her I don’t trust.” Another called her “Harry’s showgirl.’’

The excerpt is even harsher when it comes to the Duchess of Cambridge, suggesting she hardly rolled out the red carpet for Meghan Markle, despite the similarity of challenges both would face.

“Though it was not necessarily her responsibility, Kate did little to bridge the divide. She was fiercely loyal to her husband and his family,’’ the authors wrote.

“Once Harry and Meghan were married, the gap between the brothers only widened," continued the writers.

“William and Kate’s feelings seemed obvious to the Sussexes that summer and beyond. Among all the friends and family Harry and Meghan hosted at their house in Oxfordshire between May 2018 and March 2019, the Cambridges failed to visit,'' the excerpt said.

The book excerpts have focused on the months of palace intrigue surrounding the decision to step back from senior royal duties.

The couple surprised the Royal Household in January by making public their plans to be more independent.

The couple wished to be part-time royals, but the idea fell apart during talks with the family.

In January, the queen outlined how the couple would step away from royal duties in March, at least for a while, but always remain part of the royal family.

Harry is sixth in the line for the throne, behind his father, Prince Charles, his brother William, and William’s three young children, George, Charlotte, and Louis.

The couple has relocated to North America with their 14-month old son, Archie.