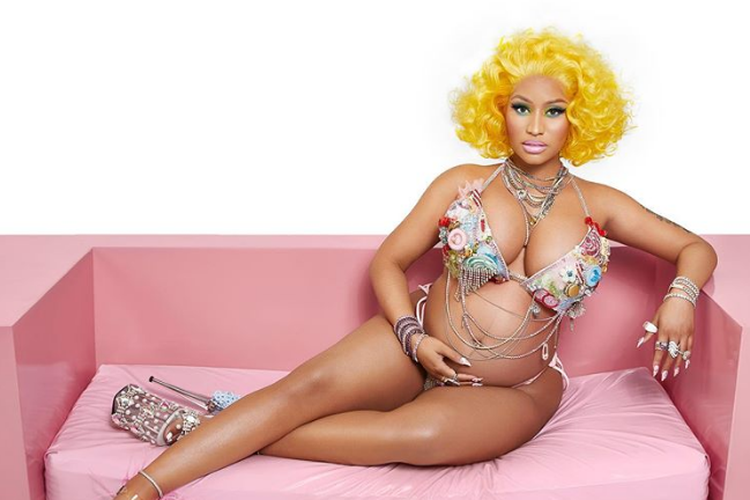 Lihat Foto
Nicki Minaj made a surprise pregnancy announcement on Monday by posting an Instagram photo of her writing ?#Preggers?.(REPRO BIDIK LAYAR VIA @nickiminaj)

LOS ANGELES, KOMPAS.com – Nicki Minaj made a surprise pregnancy announcement on Monday by posting an Instagram photo of her writing “#Preggers”.

This will be Nicki Minaj’s first child with her husband and childhood friend, Kenneth Petty.

The rapper’s Instagram features photos of her baby bump including one where she is wearing a bejeweled bra while cradling her naked baby belly.

"Love. Marriage. Baby carriage. Overflowing with excitement & gratitude. Thank you all for the well wishes," she wrote in another posting.

Nicki Minaj, 37, shocked fans after she married her husband in October and announced her retirement to start a family.

Despite the shocking news, she has since released several singles and has said she is working on a new album.

The "Starships" singer burst onto the music scene 10 years ago with her first album "Pink Friday" and is known for her outspoken comments, feuds with other singers, colorful wigs, and alter egos.

She won six American Music Awards, became a controversial judge on "American Idol" and was included on 2016 Time 100 list of the most influential people in the world.