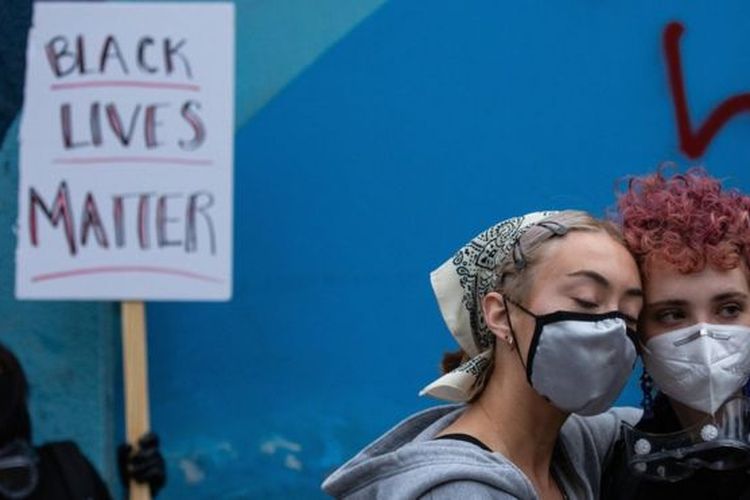 Lihat Foto
Tens of thousands of US workers are set to walk off their jobs on Monday to protest systemic racism and economic inequality.(GETTY IMAGES)

NEW YORK, KOMPAS.com — Tens of thousands of US workers are set to walk off their jobs on Monday to protest systemic racism and economic inequality.

Organizers of a national workers strike stated that the multi-layer effects of racial inequality have worsened during the coronavirus pandemic.

The strike, dubbed the “Strike for Black Lives”, is scheduled to take place in more than two dozens of cities in the US.

A range of planned actions will be carried out from New York City all the way to Los Angeles.

Labor unions as well as social and racial justice organizations from all over the US will participate in the protest.

There are other methods of protesting available for workers that cannot take a full day off from work.

Participants will either picket during a lunch break of observing moments of silence to honor Black lives lost to police violence, organizers said.

“We are ... building a country where Black lives matter in every aspect of society — including in the workplace,” said Ash-Lee Henderson, an organizer with the Movement for Black Lives, a coalition of over 150 organizations that make up the Black Lives Matter movement.

“The Strike for Black Lives is a moment of reckoning for corporations that have long ignored the concerns of their Black workforce and denied them better working conditions, living wages and healthcare,” said Henderson, who is also co-executive director of the Tennessee-based Highlander Research and Education Center.

Among the strikers will be…

Over 7,000 Indonesian Migrant Workers in...
Comments
There are no comments
Comment wisely and responsibly. Comments are entirely the responsibility of the commentator as regulated in the ITE Law
Thank You! We have received your report. We will remove comments that conflict with the Community Guidelines and the ITE Law.