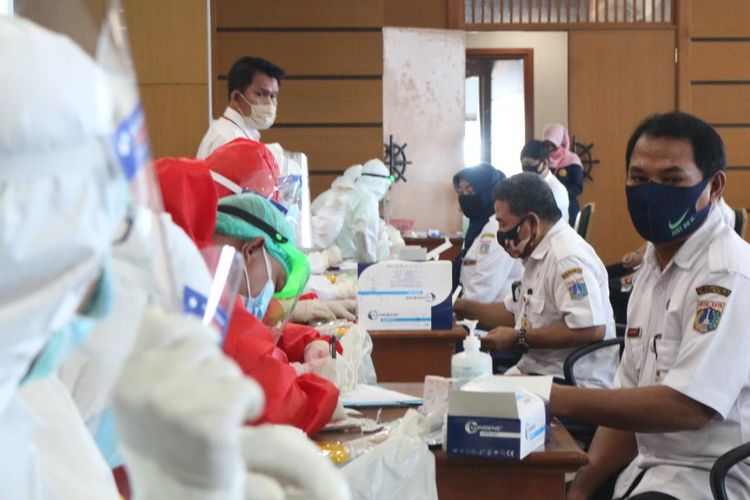 JAKARTA, KOMPAS.com – An online survey by Kompas showed seven in every 10 Indonesians believe a cabinet reshuffle is urgently needed in Indonesia.

“69.6 percent of respondents said they are dissatisfied with the cabinet’s performance in dealing with the economy, particularly in mitigating the fallout from Covid-19,” Kompas said in a statement announcing survey results.

The finding confirms the perceived public discontent that followed a recent speech by President Joko Widodo in which he mentioned the option of a cabinet reshuffle in light of the ministers' performance in tackling Indonesia's Covid-19 crisis.

The sign of discontent contrasted with government policies designed to stimulate the economy.

These include the PPh 22 program waiving import duties, the PPh 25 policy reducing instalments by up to 30 percent for businesses, and tax incentives for micro, small and medium enterprises.

“The signs of public discontent seemed to indicate that the benefits of the government’s economic programs have not been felt evenly at all levels of society,” said the survey statement.

“Another 61.4 percent of the survey respondents added that a reshuffle can effectively improve the government’s response to Covid-19. However, they hope the policy will put the country first instead of [political parties].”

The respondents were not kind about the cabinet’s handling of public health.

“33.2 percent of respondents said the ministers in this field need to be replaced to improve [the government’s] performance,” analysts said.