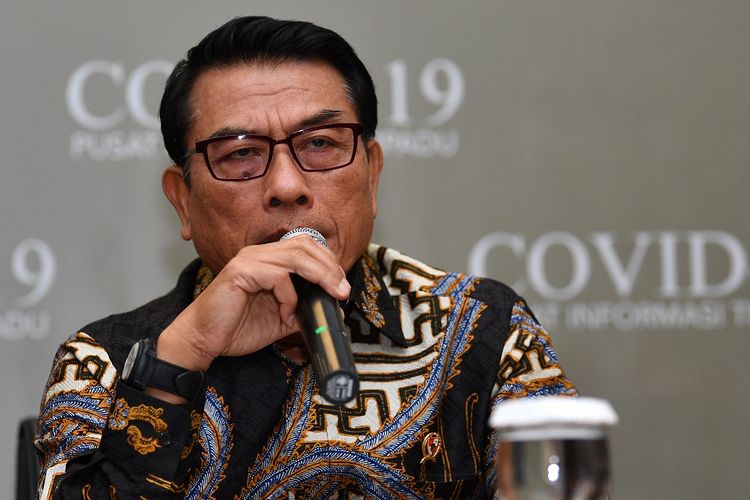 Lihat Foto
Moeldoko, has stated that the Indonesian government has prioritized four aspects and not just the national economy amid the coronavirus pandemic.(ANTARA FOTO/SIGID KURNIAWAN)

JAKARTA, KOMPAS.com – Presidential Chief of Staff Moeldoko has said the Indonesian government has prioritized four aspects and not just the national economy amid the coronavirus pandemic.

Indonesia has joined an extensive list of global economies whose growth has been hampered as a result of the coronavirus pandemic,.

The Indonesian government’s approach to the coronavirus pandemic has not been without criticism.

Despite a significant rise in daily Covid-19 new cases, the country’s central and some provincial governments have pushed ahead in enforcing a new normal transition.

This move has been largely criticized for its approach to public health and safety.

Moeldoko stressed that there are three additional sectors that the central government is giving attention to, on top of concerns for the economy.

“There are four aspects that the government is managing. First is health, then social aspects followed by the economy and finance matters. Health remains the government’s top priority in mitigating the coronavirus pandemic,” said Moeldoko on June 23.

“It isn’t true that the government only cares about the economic aspect,” said Moeldoko.

The Indonesian government has allocated…

President Jokowi Inaugurates Muhammad Ali as...
Comments
There are no comments
Comment wisely and responsibly. Comments are entirely the responsibility of the commentator as regulated in the ITE Law
Thank You! We have received your report. We will remove comments that conflict with the Community Guidelines and the ITE Law.