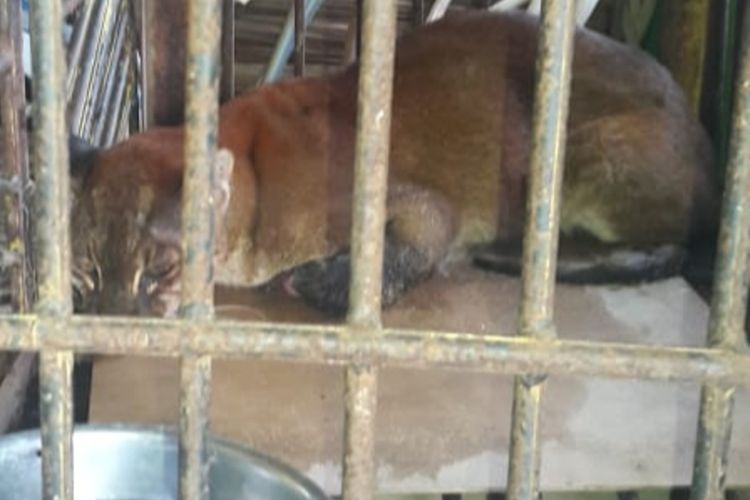 PADANG, KOMPAS.com – The plight of a golden cat caught in an animal trap in Agam, West Sumatra has come to a tragic end after the rare species died in captivity.

“We assume that the golden cat died of anemia and dehydration despite our best efforts to save its life,” said BKSDA Bukittinggi head Erly Sukrismanto to Kompas.com on Friday, June 19.

Plans to release into the wild

“We have had plans to release the golden cat back into the wild, away from human habitation, once he has gotten better,” added Erly of the cat, which has been identified as a four-year-old male. “His condition actually improved before his untimely death.”

On Tuesday, June 16, the authorities found the cat tangled up in a trap for wild boars in the village of Kamang Mudiak. The trap, which injured the animal’s front left paw, was set up in the villagers’ vegetable garden.

Also known as a fire cat, the golden cat (Catopuma temminckii) is a protected species throughout the 12 countries they call home.

The World Wildlife Fund (WWF) considers a golden cat as one of the forest cats, alongside the tiger, leopard, and clouded leopard.