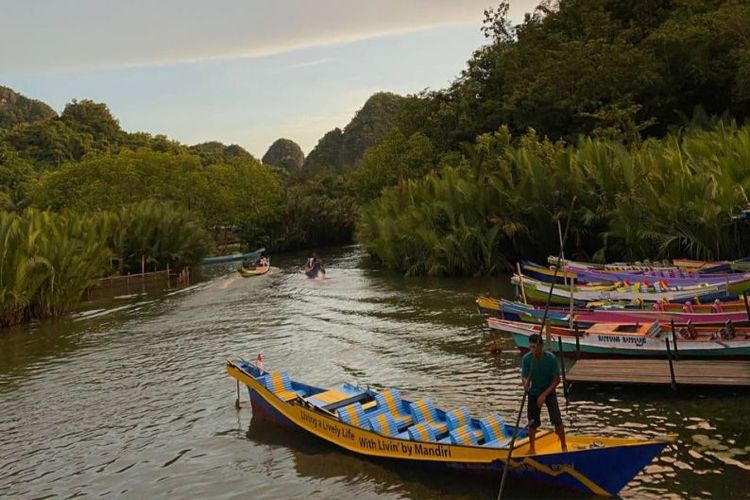 KOMPAS.com – Indonesia’s Maros-Pangkep karst forest in South Sulawesi has been officially approved as one of the UNESCO Global Geoparks following the UN cultural agency’s executive board meeting in Satun, Thailand recently.

“Alhamdulillah (praise be to God) Maros Pangkep Geopark has been approved and recommended by the UNESCO Executive Board as a new member of the UNESCO Global Geopark,” South Sulawesi Governor Andi Sudirman Sulaiman said on Wednesday, Sept. 7.

Elsewhere, in his response to this, Tourism and Creative Economy Minister Sandiaga Uno said his ministry is preparing a travel pattern in the Maros-Pangkep Geopark area.

“We are building a travel pattern as this geopark is located in two regencies, namely Maros and Pangkep,” Sandiaga said during a weekly press briefing at the ministry on Monday, Sept. 12.

Maros-Pangkep Geopark covers two regents in the South Sulawesi province. The area of 2,243 square kilometers is home to 400 caves. It has the world’s second-largest karst cliff which covers 43,000 hectares.

A 40,000-year-old handprint and painting of Babyrousa (a wild pig-like animal) were founded in one of the park’s areas known as Leang Timpusaeng.

Sandiaga said at the geopark people are treated to breathtaking views of Rammang-Rammang Village against the backdrop of the beautiful karst cliffs.

The minister said that he would increase the development of homestays and other facilities to create sustainable tourism in Maros-Pangkep.

“Congratulations, we will build the ecosystem as several homestays are there already. We will make them better with the hope that they will bring a positive outcome to the local economy,” he said.

1,300 Camping Tents Provided for Alternative...
Comments
There are no comments
Comment wisely and responsibly. Comments are entirely the responsibility of the commentator as regulated in the ITE Law
Thank You! We have received your report. We will remove comments that conflict with the Community Guidelines and the ITE Law.