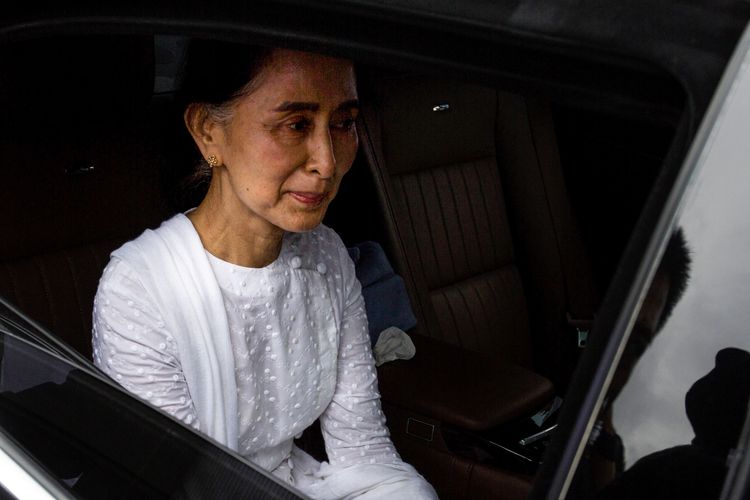 The cases involved allegations that Suu Kyi leased government-owned land at a discounted rate and misused charitable funds to build a home.

Suu Kyi denied all the charges that have been filed against her after the military ousted her government and detained her in February 2021. Her lawyers are expected to appeal the latest conviction.

Suu Kyi was sentenced in earlier cases to 11 years in prison and is being held in solitary confinement in a jail in Myanmar’s capital, Naypyitaw.

Suu Kyi’s National League for Democracy party won the November 2020 general elections in a landslide over the military-backed Union Solidarity and Development Party. The junta claimed widespread electoral fraud in the elections as its reason for toppling the civilian government and invalidating the results.

The civilian electoral commission denied the fraud allegations before it was disbanded.

ASEAN States Object as China Lobbies...
Comments
There are no comments
Comment wisely and responsibly. Comments are entirely the responsibility of the commentator as regulated in the ITE Law
Thank You! We have received your report. We will remove comments that conflict with the Community Guidelines and the ITE Law.