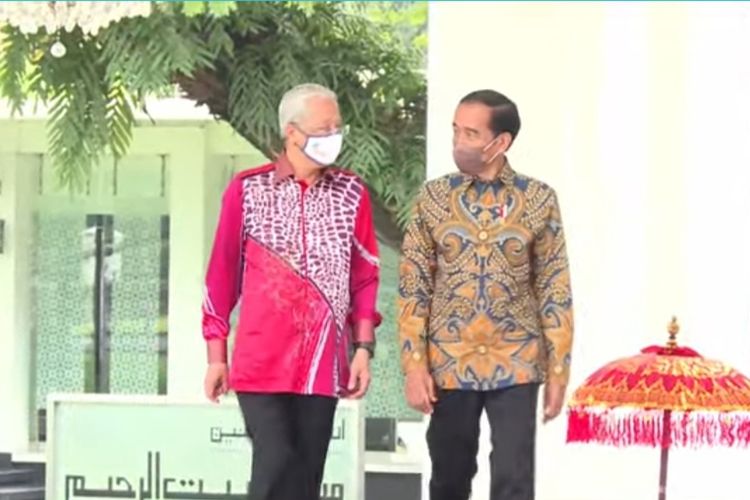 KOMPAS.com - Malaysian Prime Minister Ismail Sabri Yaakob has instructed the Malaysian human resources and home affairs ministries to resolve the issue on the memorandum of understanding (MoU) on the recruitment of Indonesian migrant workers soon.

“I don’t want (the problem) to drag on. I have asked them to solve it soon because I am afraid if we don’t do that, we will have a problem with Indonesia,” Ismail said as quoted by State News Antara via official news agency Bernama on Friday, July 15.

He denied that the MoU will be canceled, State News Antara added.

Indonesian Ambassador to Malaysia Hermono confirmed on Wednesday, July 13, that the Indonesian government had decided to temporarily stop migrant worker placements in all sectors in Malaysia.

The decision will remain in place until Malaysia commits to halting the recruitment of Indonesian domestic workers through the Maid Online system, he said.

Indonesian Manpower Minister Ida Fauziyah said the decision was taken since Malaysia did not comply with an agreement signed with Indonesia on April 1, 2022, on using the one-channel system for worker recruitment.

The Indonesian mission in Malaysia found evidence of a recruitment system made outside the agreement between the two countries, she said. The system is under the purview of the Malaysian Home Affairs Ministry through the Malaysian Immigration Office.

Following this, the Indonesian Embassy in Kuala Lumpur conveyed the decision to the Malaysian Human Resources Ministry.

The two countries had signed the MoU when the Malaysian Prime Minister visited Jakarta on April 1. The agreement covers a single-channel system for recruiting, supervising, and protecting Indonesian migrant workers in Malaysia.