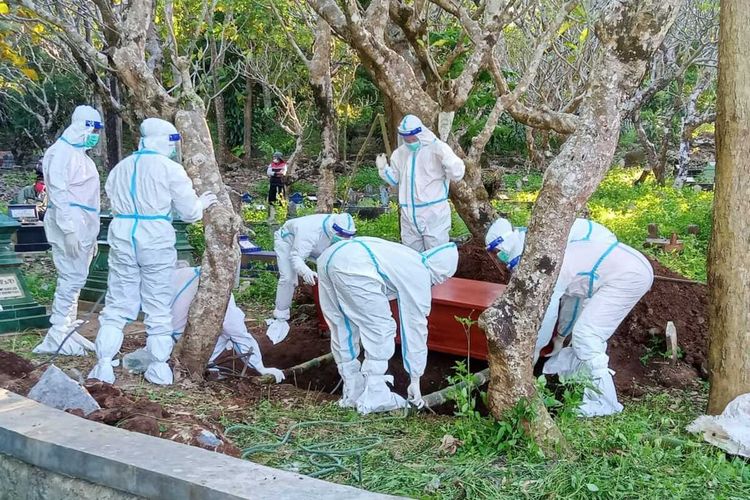 JAKARTA, KOMPAS.com - Indonesia has surpassed India as the new epicenter of the Covid-19 pandemic in Asia, with daily infections exceeding 40,000 for two consecutive days.

Of the 270 million population, which is only a fifth of India, Indonesia recorded around 132 cases per one million people, while India recorded only 26 cases. Furthermore, these figures do not take into account Indonesia's poor testing and tracing record.

Indonesia's case positivity rate, which refers to the percentage of confirmed infections with people tested, has hovered around 30 percent over the past week. While in India, the figure has only reached two percent.

Even so, the number of cases in India has continued to fall from its peak in May, while the outbreak in Indonesia has not shown any signs of slowing down since the start of the pandemic.

Indonesia's Health Minister Budi Gunadi Sadikin said that the bed occupancy rate (BOR) for Covid-19 patients in 12 provinces had exceeded 70 percent. Half of them are in Java and the rest are on other Indonesian islands.

In the capital city Jakarta, the BOR is close to 90 percent, although some facilities have recently been converted into special hospitals for Covid-19 patients.

Budi said the Indonesian government was preparing scenarios to face a 30 percent increase in cases over the next two weeks. The measures include converting more regular hospital beds into treatment facilities for Covid-19.

"There are still beds nationwide, but cases in several provinces are already very high due to the uneven distribution of the Delta variant," said Budi.

The Indonesian government earlier this year also designated 30 percent of the 400,000 hospital beds nationwide for Covid-19 treatment. However, things quickly filled up after the homecoming and Eid holiday in May when the more contagious Delta strain spread across the country.