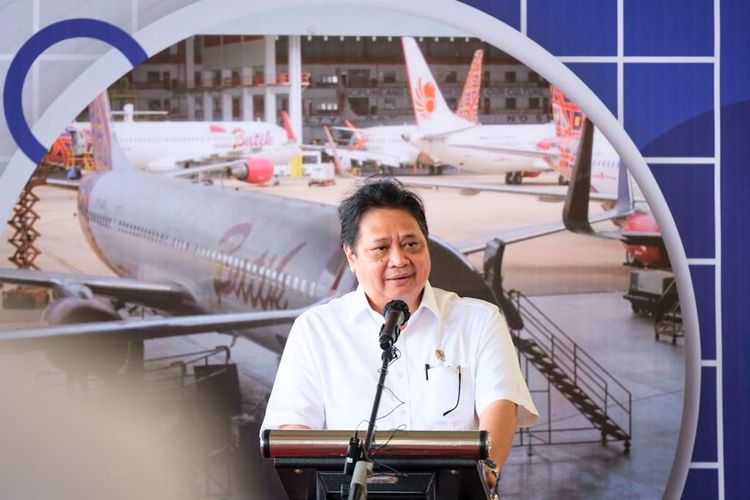 JAKARTA, KOMPAS.com - Indonesia's growth projection in the third quarter of 2021 was revised downwards to a range of 3.7-4.5 percent from 4.5-5.3 percent following the emergency measures taken by the government to contain a spike in Covid-19 cases.

"The economic growth is expected to reach about 3.7 to 4.5 percent. It depends on the conditions in handling the spread of Delta strain of Covid-19," said Coordinating Minister for Economic Affairs Airlangga Hartanto in a virtual press conference, Monday, July 5.

Airlangga explained that the prediction came after the 18-day emergency restrictions on community activities or locally known as emergency PPKM for Covid-19 in Java and Bali was imposed to contain the spread of the virus.

Measures to tighten the movement of people would certainly have an impact on the national economy, considering that the economic contribution of Java and Bali reaches 60 percent of the nation’s gross domestic product (GDP), he said.

He said that stable exports will contribute to the growth from July to September this year. Besides, commodity prices in the global market for export goods namely palm oil, coal, nickel, rubber, and aluminum will also increase.

"Exports [performance] is expected to be well-maintained continuously because global demand is also increasing," he added.

In addition to exports, the economy would also be supported by government expenditure, which is expected to be consistently maintained.

However, regarding the economic growth in the second quarter of 2021, Airlangga said that it would grow to seven percent, although it was slightly below the initial projection of 7.1 to 8.3 percent.

"The government sees that the…