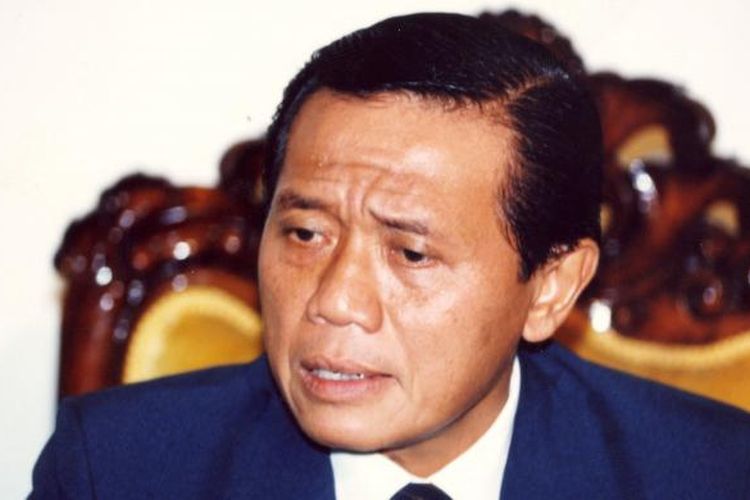 JAKARTA, KOMPAS.com - Indonesia’s former minister of Information Harmoko passed away at 8.22 pm local time on Sunday, July 4. He was 82.

Communications and Information Minister Johnny G Plate has confirmed the passing of the former minister, who served between 1983 and 1997 under the Soeharto era.

Budi said that Harmoko had previously admitted to the Gatot Soebroto Army Hospital on Sunday at 8 pm local time and he was already in a minimally conscious state.

At that time, Harmoko immediately received medical treatment in the emergency room. However, a few minutes later he passed away at 8.22 pm, said Budi.

The body of the deceased will be buried at 10.30 am local time in the Kalibata Heroes Cemetery in South Jakarta.

During his lifetime, Harmoko held several positions in the government such as minister of information, chairman of the People's Consultative Assembly, and chairman of Golkar Party, one of the country’s oldest political parties.

Prior to that, he was a journalist for news organizations and initiated the establishment of Pos Kota daily.

Chairman of the People's Consultative Assembly (MPR) Bambang Soesatyo said that he’s deeply saddened after hearing about the passing of his senior in the Golkar Party. “Harmoko was a senior politician, mentor, and role model for many Golkar Party cadres,” Bambang said in a statement on Sunday, July 4.

Harmoko also served as chairman of the People's Consultative Assembly (MPR) between 1997 and 1999. His life journey was extraordinary, Bambang recalled.

"Back then, the prices of staple food were strictly controlled and announced routinely. Harmoko appeared on state television every day announcing the prices of the staple food including chilies to prevent the prices from being marked up by speculators," he said.