Lihat Foto
An image of skyscrapers in Indonesia. (SHUTTERSTOCK) Elsewhere, Indonesia's President Joko Widodo has instructed all relevant agencies, including the military and police members to monitor the returning migrant workers to their respective homes to curb the spread of Covid-19 upon arrival.

Head of BPS Suhariyanto said the economic contraction in the first quarter of this year was less severe than before when Indonesia saw its gross domestic product (GDP) contract 2.9 percent in the previous quarters.

Suhariyanto said that the Indonesian economy in the first quarter was valued at 3,969 trillion rupiahs ($274.8 billion) based on current prices, while the GDP at constant prices of 2010 was at 2,683 trillion rupiahs ($185.8 billion). Based on the expenditure on an annual basis (year on year), all components have contracted, including household consumption - the economy’s main growth engine - showed the deepest decline. Indonesia's President Joko Widodo has instructed all relevant agencies, including the military and police members to monitor the returning migrant workers to their respective homes to curb the spread of Covid-19 upon arrival.

"The measures of monitoring all returning Indonesian migrant workers will be coordinated by the Regional Military commanders in collaboration with the Regional Police heads across the country," a spokesperson for the National Covid-19 Task Force Wiku Adisasmito said in a press statement provided by the Covid-19 Mitigation and National Economic Recovery (KPC-PEN) Committee on Wednesday, May 5.

Wiku said the Regional Military commanders and the Regional Police heads will work closely with the Immigration Office, the Indonesian Migrant Workers Protection Agency (BP2MI), the Manpower Office, the Port Health Office of Ministry of Health (KKP Kemenkes) as well as the Customs Office to control the process of migrant workers returning home.

"This is to control the entry of incoming travelers, including the anticipation of individuals who might use a situation for their own benefit," said Wiku.

Wiku urged local governments to anticipate the influx of returning Indonesian migrant workers. Based on data from April to May 2021, most migrant workers will return to their respective homes in East Java, West Java, Central Java, West Nusa Tenggara, and North Sumatera.

Wiku also reminded that all migrant workers entering Indonesia will still have to follow the provisions stipulated in Circular No. 8/2021. All returning migrant workers must show their negative PCR (polymerase chain reaction) swab test results, pass the PCR swab test upon arrival, undergo quarantine, and carry out a post-quarantine PCR swab test. 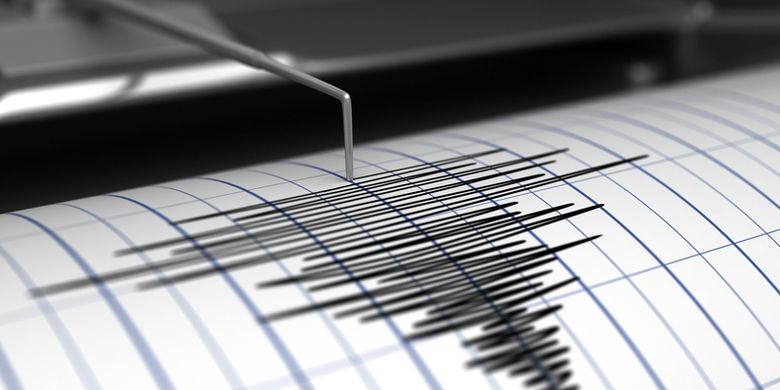 Shutterstock An illustration of an earthquake chart

Witnesses at Agam regency panicked at the sound of the alarm, which was installed near a state high school. The device triggered a stampede among locals scrambling for safer ground.

“The sound of the tsunami siren panicked me, especially when the earthquake occurred,” said Roni, a resident of the Tanjung Mutiara district.

“I actually thought that a tsunami would genuinely occur.”

Regional Board for Disaster Management [BPBD] Secretary Agam Hardoni acknowledged the activation of the tsunami siren. “The siren sounded because the cable shook from the [earthquake’s] vibration,” he said.